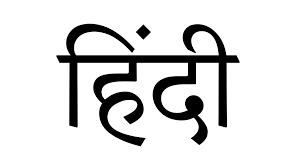 AUTOMATION TESTING means using an automation tool to execute your test case suite. On the contrary, Manual Testing is performed by a human sitting in front of a computer carefully executing the test steps.

Successive development cycles will require execution of same test suite repeatedly. Using a test automation tool, it's possible to record this test suite and re-play it as required. Once the test suite is automated, no human intervention is required. This improved ROI of Test Automation. The goal of Automation is to reduce the number of test cases to be run manually and not to eliminate Manual Testing altogether.

Automated software testing is important due to the following reasons:

Which Test Cases to Automate?

The following category of test cases are not suitable for automation:

Following steps are followed in an Automation Process

Test Tool selection largely depends on the technology the Application Under Test is built on. For instance, QTP does not support Informatica. So QTP cannot be used for testing Informatica applications. It's a good idea to conduct a Proof of Concept of Tool on AUT.

Define the scope of Automation

The scope of automation is the area of your Application Under Test which will be automated. Following points help determine scope:

During this phase, you create an Automation strategy & plan, which contains the following details-