On the basis of Nuclear Composition of the cell, they are classified as:

•Nucleus of the cell was invented by Robert Brown in 1831

•Main function of Cell Wall is to protect nucleoplasm and cell membrane . Exist in Plant Cell only

•Protoplasm of inside nucleus of the cell is called Nucleoplasm.

•Lysosome helps in cellular digestive activities and that’s why it is called digestive vesicle. Sometimes they digest their own enzymes , so they are known as Suicidal bags

•Mitochondria is known as the powerhouse of the Cell. Energy synthesis takes place in the form of ATP (Adenosine Tri Phospate)

•Plastids is only found in plant Cells and its shape is like Mitochondria.

a)Leucoplast: Found in those parts of plants which are deprived of Sunlight

b) Chromoplast: Found in the colored parts of the plant.

c) Choloroplast: Made from green coloured substance called Cholorophyll in which Magnesium Metal is present. Pigments like genthophyll and carotene are also found. Leaf of the plants become yellow because of the formation of carotene.

•Formation process of RNA from DNA is known as Transcription

•Centrosome is absent in plant cell

•Vacuoles are small in size in case of animal cell, while they are in larger size in plant cells.

•Cell division is classified as

•C) Meiosis: Occurs in reproductive cells , hence result in the production of Gametes 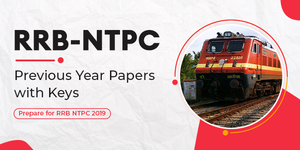 The United Nations Climate Change Conference organized under the Chilean government presidency. The most important commandment of any conference until

General awareness is one of the most crucial sections of any banking exam. In this section, you can be asked questions from a plethora of topics, maki

Covid-19 vaccine available by 2022 The Serum Institute India (SII), Pune has promised a vaccine against the novel strain of Coronavirus (nCov or C

Were you Googling about rrb ntpc 2020 syllabus and landed up on this page. Well, then welcome to the world of Study24x7, a 360 degrees solution for as