Staff Selection Commission conducts the SSC JE test to recruit candidates for the post of a Junior Engineer (Civil, Electrical, Mechanical, Quantity Surveying and Contracts) for different departments by the Government of India. After the 7th pay commission was implemented, there was a reasonable hike in the salary of Junior Engineers. Working under SSC as a Junior Engineer is considered as one of the prestigious positions as it is a Central Government's Job. In this article, we will cover all about SSC JE Career growth to make you aware of the future growth and scope associated with this position.

The candidates who are selected in SSC as Junior Engineers are posted under 'Group - B Non Gazetted Category'. Note that Non – Gazetted Officers do not have the personal authority to issue an official stamp on behalf of the Government. So the applicants should know about the compensation and recompenses that this occupation has to bring to the table.

Take a look at the s below:

The SSC Junior Engineer's pay after the execution of the 7th Pay Commission is as per the following:

Apart from the job security and salary, Junior Engineers are also offered some benefits and allowances. They are listed below:

Let's take a look at the SSC JE job profile followed by the promotion scope below. The SSC Junior Engineer Job has been divided into five sections namely:

•Planning: The Junior Engineer is responsible for planning and arranging the lead projects in their organization.

•Supervision of Work: Junior Engineer is responsible to supervise the work to have a better understanding of the work given by the department.

•Accounts: The Junior Engineer is responsible to take care of the stocks and he is additionally dependable to pass bills to the temporary worker.

•Scheme Execution: The Junior Engineers are posted under certain Government plans where the employee is able to execute the plan effectively.

•Assisting Superiors: The Junior Engineers are selected under various areas. They are asked to report to the superiors on a daily basis in case of an important task or project.

The Juniors Engineers are promoted over a period of time based on their performances. Take a look at the following diagram to get an idea about the promotion.

Staff Selection Commission has announced the notification for the engagement of Junior Engineer Posts. For more details one can log on to the official portal of SSC. Candidates who have passed the examination are recruited under various departments to give individuals a better understanding of the work. Therefore, the SSC JE career growth is attractive as it includes promotions along with benefits, perks and other allowances. 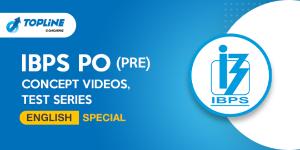 What is Coronavirus? | Coronavirus Symptoms | How it spread And How To Prevent or Avoid | study24x7

Hello Everyone, so in today's article we have tried to covey information about Corona virus 1. What is Coronavirus 2. How it Spread 3. What a

SSC CGL Study Materials - All You Need To Know

Keep on covering your basis as far as SSC CGL Study materials are concerned? The yearly SSC CGL recruitment examination is the proverbial pearly gate 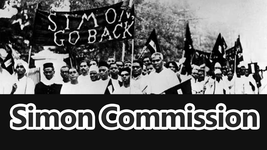 Common Mistakes To Avoid While Preparing For BPSC Exam

The BPSC exam is one of the most prestigious exams that is conducted to fill various posts in the state PCS. Clearing this exam on the first attempt i