Technology has revolutionized every human field known today. Old methods have been replaced by new ways created by the application of technology. In a similar vein, the agriculture field has been transformed by technology.

Modern farms today use modern technology for enhancing agricultural productivity. These farms and agricultural operations work very differently than those which existed a few decades ago. Modern agricultural practices now involve the use of sophisticated technologies, such as robots, aerial images, GPS technology, moisture sensors, etc. These modes of agriculture are proving more profitable, safer, efficient and environment-friendly.

Let’s see more about the impact of technology on agriculture.

How Has Technology Changed Agriculture?

Before we go on to see the applications, advantages and disadvantages of technology in agriculture, first we should trace the development of agricultural technologies from the post-WWII period to the early 21st century.

The 1960s- The Green Revolution

The Green Revolution of the 1960s was initiated by the U.S. Vice President Henry Wallace. The motivation for starting this program was to help the developing countries to feed their populations. Basically, the program improved irrigation and crop management techniques. This turned out to be a successful initiative around the globe.

No farmer likes unintentional weeds to grow with their crops. Hence in the year 1974, a new herbicide, which contained glyphosate, was developed to control the weeds.

The twin-rotor system helped the crops to be cut and separated. Especially corn, which could not just be separated from husk and ears, but the kernels could be removed and the stalks could be cut with the help of these rotors.(See the following diagram to understand parts of corn)

In this year scientists were able to genetically modify a plant cell. This plant cell could be developed into a full-grown plant that was resistant to herbicides, insects and viruses. It was resistant especially to the Roundup herbicide which was introduced previously in the year 1974. Montaso company came up with this idea, and they developed tomatoes according to their model.

It may be surprising that Satellite technology began to be used in agriculture from the year 1994. Through this, farmers could see their farms from the top which allowed them to track the farms and plan better.

The 2000s- Software and Mobiles introduced

So, when the common population was able to use mobiles, farmers didn’t stay behind. Through mobiles and relevant software, farmers could connect with colleagues and could keep data. They also have great accessibility now to place orders for seed and fertilizers whenever they were needed.

The farming potential has significantly been affected by the data revolution. With the information they have, they can make better choices. Through data collection, agronomic modelling and local weather monitoring, farmers can now understand their fields so much better.

Applications of Technology in Agriculture

One of the greatest and obvious contributions to technology is the introduction of modern farming machines. Planters, harvesters have significantly eased out the agricultural processes. Both of these two are great time savers since farmers can sow and harvest crops at the right time, and within the stipulated crop periods.

Crop sensors determine which fertilizers work best for which crop. Crop sensors used in today’s agriculture are highly resourceful in giving the right kind of fertilizers, in the right quantity to the crops.

Earlier farmers could not determine how much pesticides and fertilizers they should apply. This resulted in the damage of crops. Therefore, crop sensors have come as a blessing for farmers.

Use of GPS technology

GPS technology is useful in agriculture to collect and record data. The Yield Map which is created with the help of GPS records the entire year’s activities on the farm, such as the total yield given, the status of the drainage system, etc.

Genetic engineering improves the current genes of crops, which help to increase the resistance to harmful herbicides and pesticides. With the help of Biotechnology, farmers can grow crops at places where they could not grow previously, such as deserts and drylands.

Latest trends of technology emerged in 2019

Pests and birds can destroy up to 75% of the crops within 48 hours. From traditional scarecrows to propane cannons, farmers have done everything but failed miserably. This new bird deterrent (dislocator) was created by a researcher from the University of Rhode Island to keep these birds away. It is claimed that the device prevents crop losses of up to 90%.

This is a wonderful technology that helps to protect the crops from a variety of diseases. The technology uses a naturally occurring fungus called BVT-CR7 or Vectorite. This Vectorite solution is placed inside the beehive, so when bees collect the honey, they also carry this solution and distribute it to the surrounding crops and fields. This is one of the groundbreaking inventions of recent times as it integrates technology and nature together.

HQV is a new technology that frees the crops to get inspected by humans. Harvesting of fruits and vegetables needed manual inspection, which can no longer be needed with this technology. HQV uses scanners that determine the quantity and quality of crops. The integrated software creates an alert when it detects any such things like diseases, defects or quantity shortages.

Other new technology in agriculture as of 2019 include-

Trends of Agricultural Technology in India

During the Green Revolution of the 1960s, India achieved self-sufficiency due to the modern methods of agriculture like- quality seeds, chemical fertilizers, proper irrigation etc. The use of technology in agriculture in India has increased significantly since then, which has led to higher yields and improved quality of food.

Advantages and Disadvantages of Technology in Agriculture

There are various advantages of modern technology in agriculture. Farmers no longer have to apply water, pesticides and fertilizers uniformly across the fields, instead, they can take minimum quantities and target the specific areas which need the solutions.

Other benefits of technology are as follows:

Apart from these wonderful advantages, there are many disadvantages of technology as well. Such as follows-

When one in seven people is facing the possibility of starvation today, there is an increased pressure on farmers to increase productivity. Farmers have to race against the clocks while maintaining the environment and economic efficiency. This has only been possible due to agricultural innovations, and it is hoped that all of this adoption of modern technology in agriculture will change the landscape and the future of our farms. 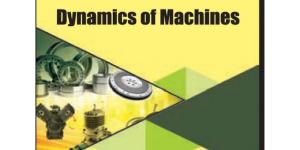 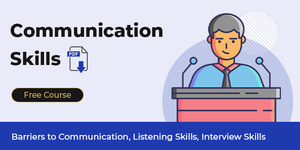 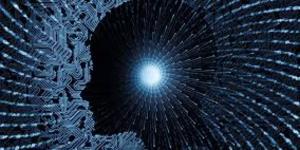 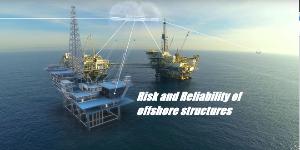 Risk and Reliability of offshore structures 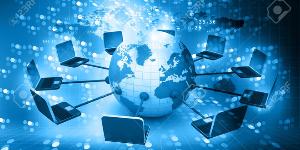 BCA stands for Bachelor in Computer Application. It is a degree course that spans for 3-years. Students who are interested in programming and language 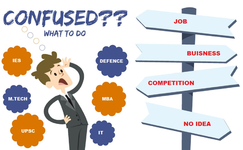 Confused about career options after Engineering?

Engineering is one of the popular degree courses in the students of science stream after 12th. There are lots of career options after completing gradu

Use of Drones- Good or Bad?

A drone or a UAV (unmanned aerial vehicle) refers to a pilotless, mini or large aircraft that operates through the combination of various technologies 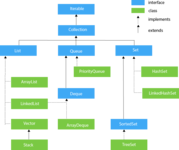 What are the main differences between Collection and Collections in Java?

This is one of the most confusing java interview question asked many a times to java freshers. Most of time, this question has been asked to java fres