The star in the sextans constellation, which was named as HD86081 and its exoplanets 86081b, now have Indian names in honor of a great Indian woman scientist ‘ Bibha Chaudhry’ who discovered the subatomic particle, PI-meson. It is one of the questions in ssc cgl 2020 syllabus.

The International Astronomical Union has announced to name the star as Bibha and the planet as ‘Santamasa’ on December 17, 2019. They called the star ‘bibha’ because the name means a beam of light as per the Bengali language.

The ‘santamasa’ is a word from Sanskrit, which means ‘clouded,’ and the name reflects the cloudy atmosphere of the planet.

The IAU has completed its 100 years on July 28, 2019. On their 100th anniversary, the organization announced that all the countries could give any famous name to the selected pair of exoplanets and their host stars.

On 17 December 2019, the organization has named a white, yellow Bibha and its exoplanets santamasa. Cgl preparation strategy says to go through all the preliminary questions.

The organization decided to call a star in honor of Indian women scientist’ Bibha Chaudhry.’ Bibha is a 6.2 million years old star, and santamasa is it’s the only planet. The temperature of the planet is 1.5 times hotter than Jupiter, and it’s very hot. 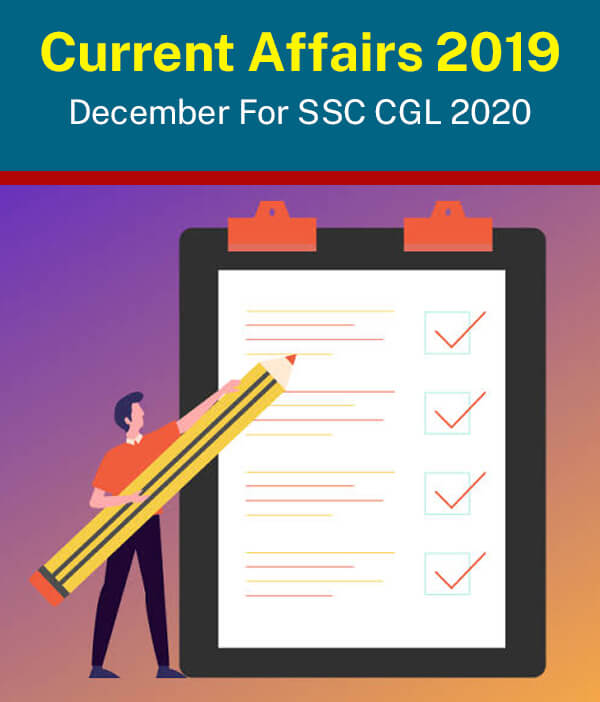 3. First SEZ in Tripura to focus on agro-based food processing

The honorable chief minister of Tripura has attended the 92nd meeting of the board of approval for SEZ (exclusive economic zone) at the Ministry of Commerce Commerce of India in New Delhi.

He tweeted that the Tripura gets the support for establishing it’s first-ever SEZ. As per the Indian Government, the estimated investment for this project is 1550 crores, and this project will produce more than 12000 private jobs.

In this exclusive economic zone, the government decides to set up all kinds of industries like rubber industry, thread, textile, agro-food processing industries, etc. Prepare for Cgl 2020 and go through the current affairs ones.

4. First SEZ in Tripura to focus on agro-based food processing

On December 16, 2019, the ministry of commerce of India has approved the proposal of the first-ever exclusive economic zone from the Tripura government.

For the SSC exam, this is one of the ssc cgl 2020 notifications that one has to know briefly. The SEZ is going to set up in Jalefa Sabron, which is 130 km away from Agartala in south Tripura district.

This project will surely be going to set up some new avenues to attract private investments for considering the Chittagong port and construction of the bridge across the Feni River.

After the project touches the final line of setup, the income tax department will provide 100 percent of the income tax exemption on export income for SEZ units under section 10AA for the first five years.

The first-ever exclusive economic zone is going to set up in Jalefa Sarbon, Tripura. It is the first question in ssc cgl statistics study material.

The government of India and Tripura are offering some extra benefits. Many of the industries like the textile industry, thread industry, auto parts manufacturers, agro-food processing industry will get the 100 percent of income tax exemption from the income tax department in the first five years under the section of 10AA of the income tax act.

The government will also provide the 50 percent of income tax exemption on export income for SEZ units for the next five years and 50 percent of the plugged export benefits of another five years.

6. Time Magazine's 100 most influential people in 2019: Top personality in every category

The list is categorized into five different categories which are pioneer, artist, leader, icon, and titan. In the pioneer category Sandra miju oh is selected for top personality.

Taylor Swift is an American singer and stands at the top of 14 entries in the icon category list. It is one of the latest news for ssc cgl 2020.

According to the act of geographical indication of good for registration and protection of certain products that belong to a specified location or origin is called GI tags. The GI tags come with a validity of 10 years and can be renewed for the next ten years.

The GI tags are a kind of certificate that ensures that any other state or country cannot sell similar products under the same name.

This year the government has allocated the GI tags to four new products of the state Tamilnadu, Mizoram, Kerala, in September 2019. The students can memorize the list of this year allowed GI tags by state wise list that may come in ssc cgl 2020.

All The Best To All The SSC CGL 2020 Aspirants! 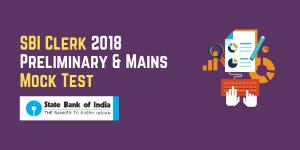 Every year, tens of thousands of civil service aspirants prepare to face the ultimate test of their intelligence – the revered UPSC exam. The

Question 1.In the following question, out of the four alternatives, choose the word which best expresses the meaning of the given word. CONSTRA

The Uttar Pradesh Trained Graduate teacher is an examination that is conducted by the UPSESSB to recruit candidates for various posts of graduate-level teacher. This is an attractive opportunity for those who are looking to work under the government and teach in various government schools and colleg

1.Supreme Court upholds changes to SC/ST atrocities law The Supreme court has upheld an amendment to the Scheduled Castes and Scheduled Trib

Crack the SSC CGL Exam in your first attempt! | Things You Should Need To Know | SSC CGL 2020

When a candidate is sitting for the SSC CGL exam for the first time, it becomes essential to get the loopholes to crack it in the first attempt. Many

Today's top headlines for the Current Affairs for SSC CGL 2020 exams is that RBI has received a total of 11.4 lakh of an online transaction within 8 h