It‚Äôs a promotion to a new position for Gen Bipin Rawat, as he gets ready to assume office as India‚Äôs first Chief of Defence Staff. The general will complete his tenure as Chief of Army Staff on December 31, before he takes up the position on January 1.

United States and Maldives were the first two countries to congratulate Gen Rawat on his new promotion.

The position of a Chief of Defence Staff brings all military command under a military leader. This military leader will be in direct contact with the Prime Minister on security issues.

The chosen CDS will head the Department of Military Affairs and be paid a salary equal to a service chief.

On a list of UN Sustainable Development goals (compiled by the Niti Aayog), the southern state is in on the top position once again, followed closely by Himachal Pradesh and Sikkim.

India‚Äôs overall performance on these goals has been measured at 60 points. 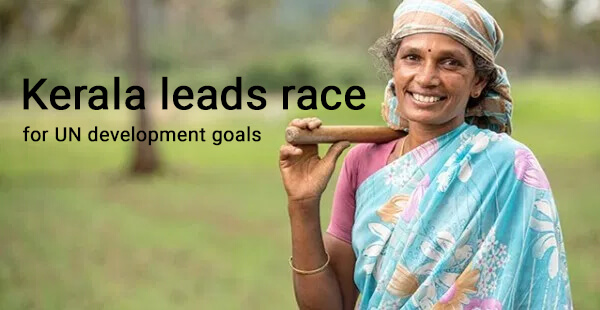 The Sustainable Developmental Goals (SDGs) are 17 broad goals that the United Nations adopted in the UN General Assem bly of 2015. These are to be fully adopted by 2030. The goals include ending hunger, achieving gender quality, clean energy, sanitation, peace, justice and strong institutions.

Areas of improvement in economic, social and political development

There has been no respite in cold weather over the month of December, with India‚Äôs capital New Delhi cloc 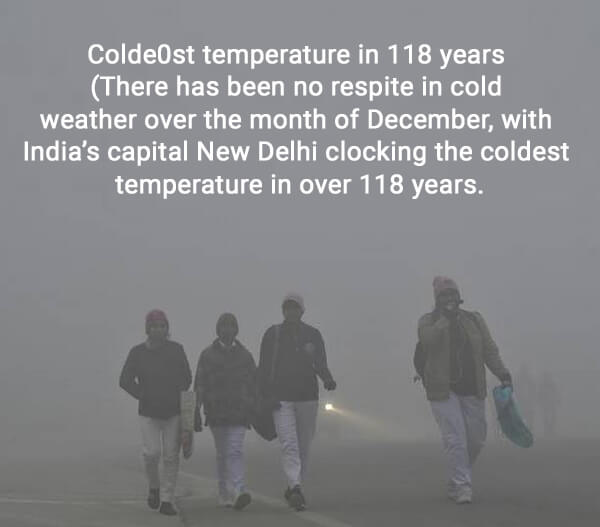 king the coldest temperature in over 118 years. Regular recordings from 2.4 degrees in the night to 9.4 in the day have made it a shivering December indeed and the weather shows no signs of respite.

Continued cold waves, heavy air pressure, low winds have made it colder than most winters, while air quality continues to be worse.

Air quality in the capital

Railways has announced that it would recover damages of nearly Rs 80 crore from anti-CAA protesters who vandalised railway tracks and property in the continuing agitation. It will levy these damages on all those who‚Äôve been found involved in arson and violence.

The Railway minister Piyush Goyal had demanded strict action from West Bengal CM Mamata Banerjee against the vandals, poining out that law and order needs to be maintained by the state. 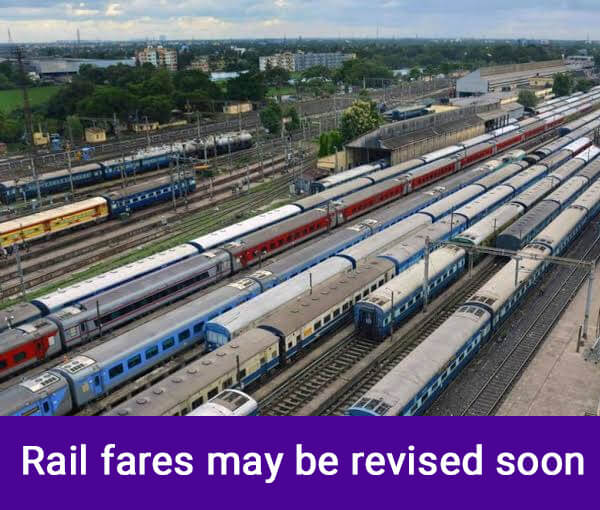 Violence in NRC and Anti-CAA protests

Damages to public property - who bears the expenses

CAA protest timeline and character in each state

No FB, smartphones on Naval establishments

Following up after the revelation on espionage racket (spying racket) in the Indian Navy, Naval establishments will no longer allow use of Facebook or smartphones within their premises.

The recent Operation Dolphin‚Äôs nose exposed a spying ring within the Navy, with several Naval officers receiving Hawala payments for sensitive information. This has led to seven arrests in the first round and four more last week. 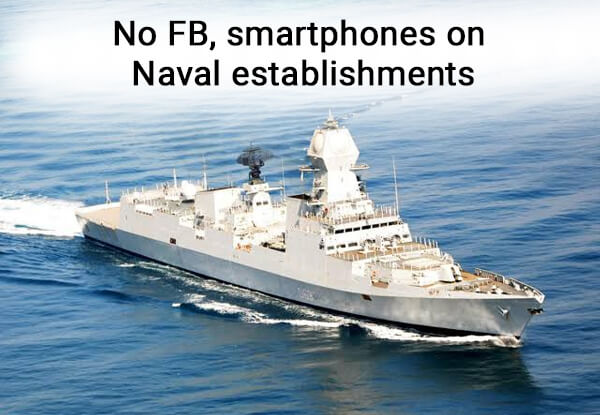 The seamen were caught in a honey trap before they were enticed by money.