The Rowlatt Act was passed by the Imperial Legislative Council in February 1919 and is known as the black act. The Act also replaced the defence of India Act 1915 instituted during the First World War that gave the British more power to rule over the Indians.

This repressive legislation was strongly opposed by the Indian leaders, especially by Mahatma Gandhi, who organized a movement against the black act which lead to the famous Jallianwala Bagh massacre in April 1919 which then led to the Non-Cooperation Movement. 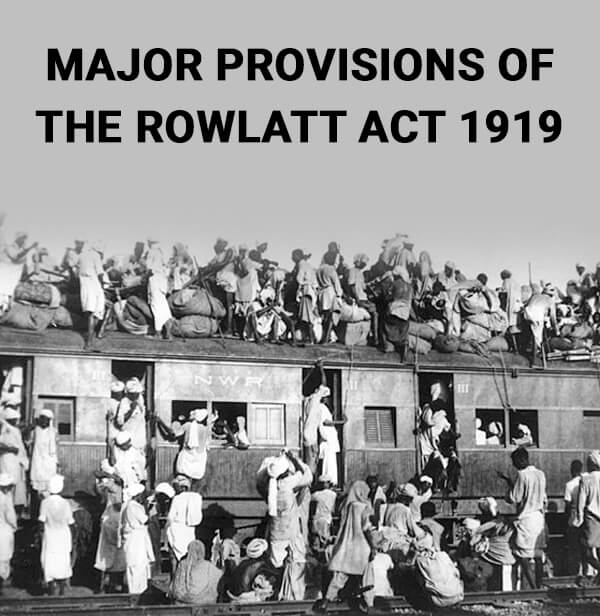 MAJOR PROVISIONS OF THE ROWLETT ACT 1919

The Rowlatt or the Anarchical and Revolutionary Crimes Act of 1919 was legislated by the British to discourage the Indians to go against them and by depriving the Indians of their right to personal expression and liberty.

The arrest and deportation of any person on mere suspicion of sedition and revolt, the declaration of possessing any treasonable literature as a punishable offence, the trial of those arrested by special tribunals were the main provisions of the Rowlatt Act.

The press was being controlled strictly and gave powers to the police to search places and arrest anyone on the grounds of mere suspicion without a warrant.

After the completion of their sentences, the convicts had to ensure good behaviour and were also prohibited from participating in religious, educational or political activities. All Indian leaders and Gandhi oppose the act and took to civil disobedience. They suspended all business and gathered in public places to fast and pray.

REPERCUSSIONS OF THE ROWLETT ACT

As the Act became law in March 1919, the protests increased and people became aggressive especially in Punjab where the rail, telegraph, and communication systems were disrupted. During the first week of April, the protests were at their peak and Lahore was very aggressive. Dr Satya Pal and Dr Kitchlew who were the main protesters of the Satyagraha movement were taken into custody by the police and transported.

People who gathered at the residence of the Deputy Commissioner of Amritsar to demand their release were fired upon by the police. Several people were killed. The violence took the lives of people and spread to other parts of Punjab and more government buildings were set on fire, communications disrupted and railway lines were damaged

Some leaders of the hartal in Amritsar met on 12th April 1919 to protest against the arrest of Dr Satya Pal and Kitchen and also to pass the resolutions against the Rowlatt Act. They then decided that a public protest meeting would be held the next day at Jallianwala Bagh. 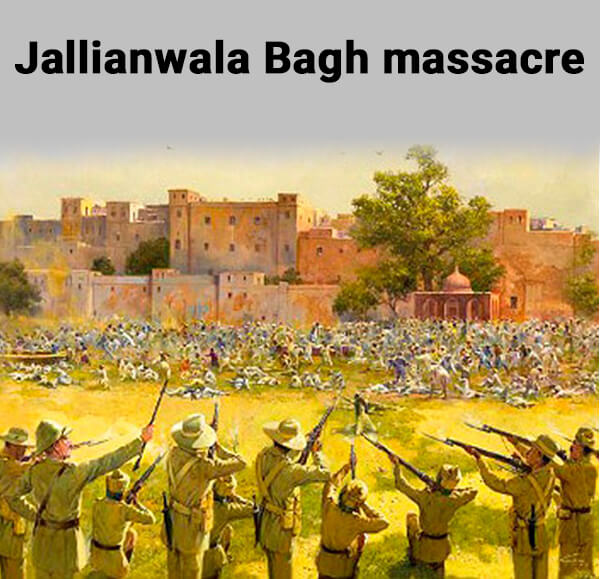 On 13th April 1919 the acting military commander, Colonel Reginald Dyer announced several restrictions on the movement. However, the common people ignored and continued to gather at the Jallianwala Bagh. Even though Colonel Dyer knew about the gathering, he did nothing to disperse the crowd of Hindus, Muslims, and Sikhs which by the afternoon had increased to large numbers.

At 5:30 in the evening, after the protest meeting started, Colonel Dyer arrived with his troops at Jallianwala Bagh sealed the exit, and ordered indiscriminate firing on the crowd without any warning. The open fire caused the death of thousands of people.

The Britishers did their best to suppress the news of the massacre however, very soon the whole of India came to know about it

The Jallianwala Bagh massacre left Mahatma Gandhi shocked and he lost his faith in the British. Gandhi started the Non-Cooperation Movement promising his countrymen Swaraj in one year. Although opposed by many veteran Indian political leaders, Gandhi’s idea received strong support from the younger generation of the Indian Nationalists.

The Rowlatt Act is an important and scoring topic for the UPSC Exam,

The Anarchical and Revolutionary Crimes Act of 1919, popularly known as the Rowlatt Act