The daily news for today is crucial to UPSC aspirants as it covers important announcements from the Supreme Court, the National Crime Bureau details and developments in the high-profile Justice Loya death: 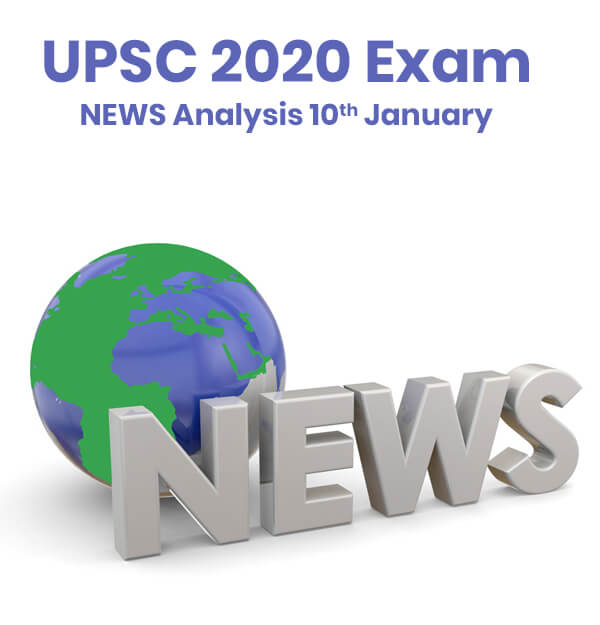 Responding to a recent petition in the Supreme Court to uphold CAA as constitutional, Chief Justice of India Sharad A Bobde reprimanded the petitioning lawyer, saying that the need of the hour is peace and such petitions don’t help. 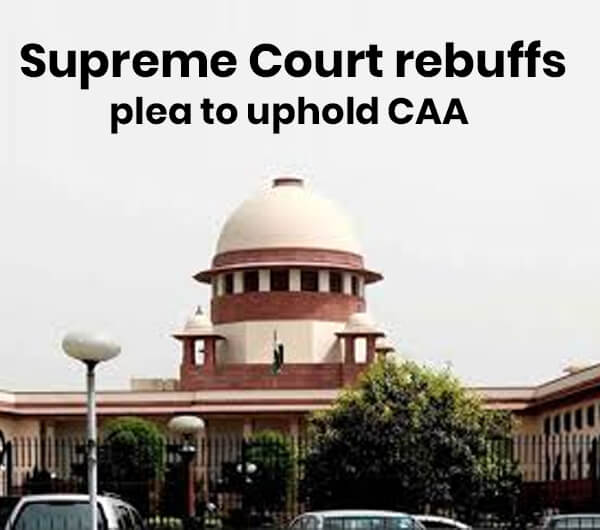 The Supreme Court (SC) has listed over 60 petitions against the CAA and will be reviewing them soon. At this juncture, the CJI scoffed against petition asking for it to be held as constitutionally valid.

He said that the law was passed by the legislature (the parliament here, a law-making body) and so had a presumption of constitutionality (i.e. it is constitutionally valid). “Country is going through difficult times. Endeavour should be for peace.”

The anti-CAA protests have continued over the course of time. Massive protests and agitations are happening from students, political parties, citizen groups and others. While some are arguing against the exclusion of immigrants from the Muslim community under the Act, others are protesting over fears that the extension of citizen status to a wide range of refugee migrants will dilute the ethnicity of the areas where these new citizens would settle - like West Bengal and Assam.

UP most unsafe state as per NCB numbers

According to the National Crime Records Bureau (NCRB), UP is the most unsafe state for women in India, with maximum reports of crimes against women in 2018. This was the highlight of their Annual Crime in India report for 2018.

The report has been published with provisional data, as they still don’t have clarity on queries raised for data on 5 states - West Bengal, Assam, Arunachal Pradesh, Meghalaya and Sikkim. 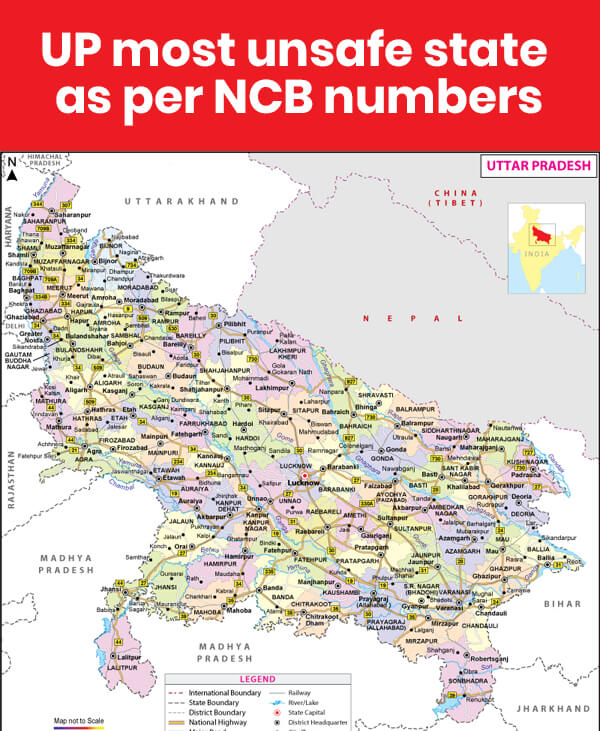 The Delhi-based National Crime Records Bureau is responsible for collecting and analysing crime data on crimes logged under the IPC (Indian Penal Code), Special laws and local laws. The Annual Crime Report has been running on delayed timelines for the last two years - the 2017 report released in October, while the 2018 report has released now. Here are some of the salient points from the report -

Crime in India increased by 1.3%

More than 50 lakh crimes were registered in the year

SC seeks answers from J&K govt on condition of state after removal of Article 370:

The SC directed the government of Jammu and Kashmir to respond to all the queries on the state of public order, personal freedoms etc in the state. The state has been under varied forms of curfew ever since Article 370 was quashed from the valley. 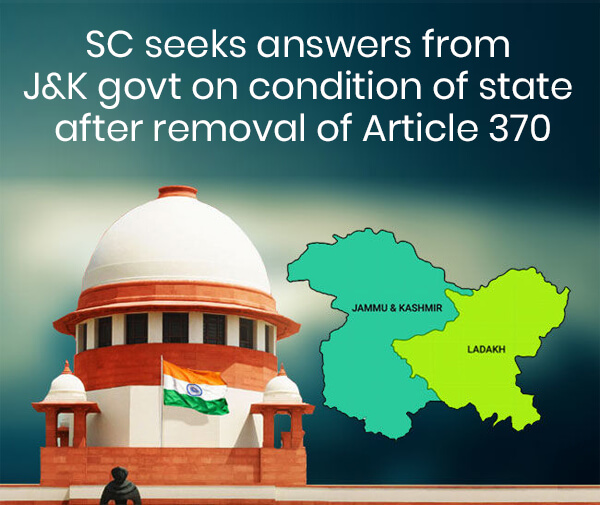 SC has directed J&K administration to reply to all the queries related to restrictions in the state after the abrogation of the article 370.

2 petitions have been filed, one by ex-CM Ghulam Nabi Azad and the second by activist Anuradha Bhasin. These petitions have challenged the restrictions on freedom of movement and press after abrogation of Article 370, which gave the state a special status. The state was also split into J&K and Leh (as a union territory).

Article 370 granted special status to the people of J&K wherein the person's who were not a domicile of the state had no right to buy land or any property in the state. They could also not get a job or and education in the state.

Government of India revoked this Article 370 and 35A and made the state a UT (union territory) thus clearing the air for all the people of country to reside, work, study in the state. The state, however has been under a state of curfew, with minimum connectivity, no internet and free movement since the time. Right to protest against the move has been curbed and many political leaders were put in jails ever since then.

Envoys from 17 nations including the US ambassador reached Kashmir to grasp the ground reality in the state, ever since curfew was imposed here after Article 370 was removed. 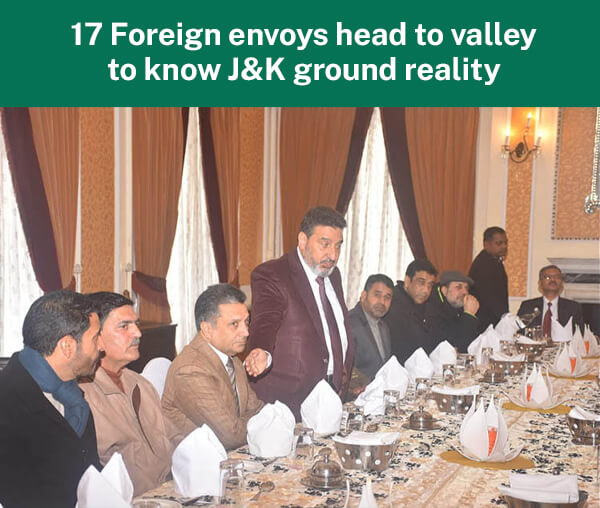 Foreign envoys have been invited to India to assess the current situation in the valley. The valley has been under a shutdown for 6 months, beginning from August 5. During this shutdown, internet access has been blocked and curbs have been placed on freedom of movement.

J&K Opposition parties and separatist leaders have accused the move to be a guided tour to project a sense of normalcy. They have also pointed out how the state’s top brass and political leadership has been under detention for nearly half a year.

A similar tour was recently conducted for EU members as well and faced the same criticism.

The latest trip is a part of govt's diplomatic outreach programme as it was under continuous criticism for not allowing envoys of Germany, US, UK to visit Kashmir.

Is the valley seriously under unrest after the revoke of article 370?

Why the people of two province of the state have divided opinion on being stripped off as autonomous state.

There may be a new probe into CBI judge Justice Loya’s death, which has been held as suspect till now. The new probe has been ordered by the Maharashtra government, which was recently sworn into the state. 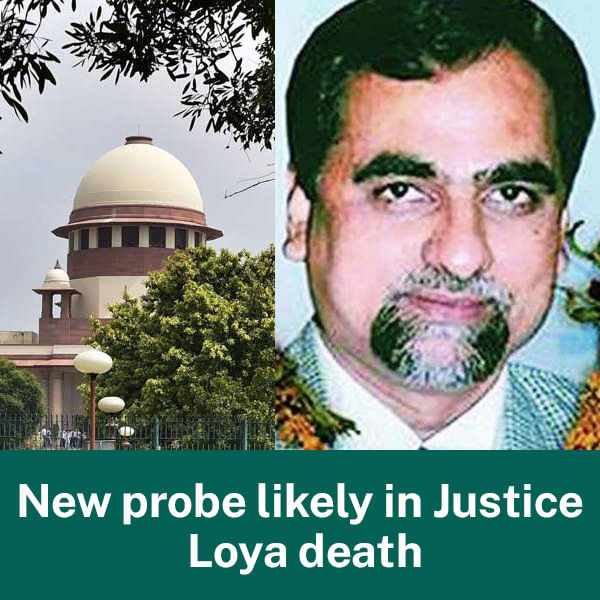 The judge had been hearing the Sohrabuddin Shaikh fake encounter case in Gujarat when he died of a cardiac arrest in Dec 2014. The high-profile case had implicated current Home Minister Amit Shah.

There were many speculations that a Rs 100 crore bribe was offered to the judge to decide the case in favor of the current minister and close it quickly.

The death has been held as suspect because of this incident.