The Supreme Court sought a response from the government on a petition filed by three residents from Bihar to quash a Home ministry notification for the National Population Register (NPR) exercise from April to September 2020. 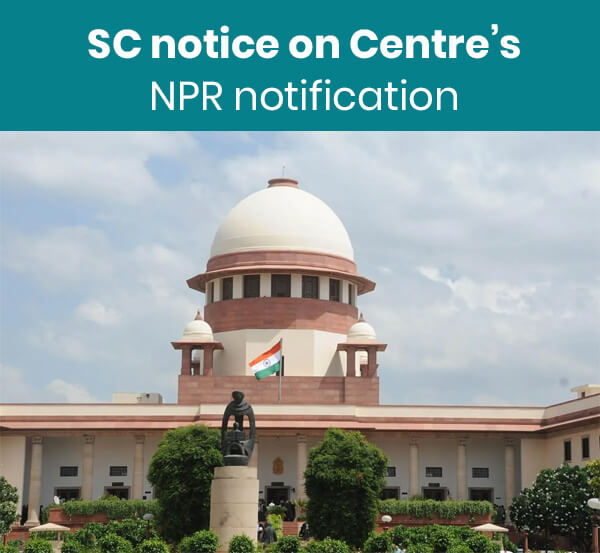 CJI SA Bobde heads the bench which issued the notice to the government.

The petition, which links NPR to the Citizenship Amendment Act (CAA), calls the NPR exercise, meant to create and update the register as a gross invasion of privacy. It also points out that there no guarantee from the government to protect and secure the data / information collected in the exercise.

“Such a database would erode basic freedoms that the persons within India currently enjoy,” the petition said.

It also says that this notification and two more citizenship laws violate our constitutionally enshrined fundamental rights. These laws include the Citizenship Act, 1955 and The Citizenship (Registration of Citizens and Issue of National Identity Cards) Rules, 2003.

West Bengal is now on the list of the states who have formally passed a resolution against the Citizenship Amendment Act (CAA), which came into being in December 2019. The state assembly passed an anti-CAA resolution, demanding that it should be repealed. 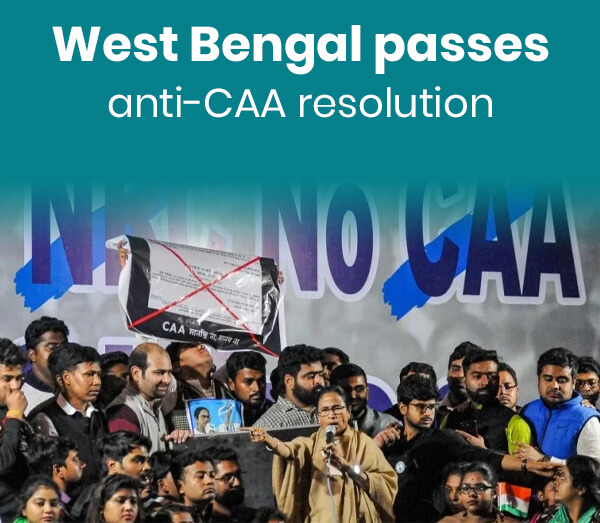 The state assembly has said that the Citizenship Act should be repealed and that the proposed NPR and NRC exercises should also be withdrawn. West Bengal Chief Minister Mamata Banerjee, who previously met PM Narendra Modi on the issue, called the act against the spirit of the constitution and of humanity.

The state had earlier passed a resolution against the NRC in 2019.

West Bengal is the fourth state in India to pass a formal resolution against the CAA. Before this, Rajasthan, Punjab and Kerala have passed similar resolutions on the issue. Kerala, in fact, was the first state to take such a step. All of these states are led by parties in opposition to the ruling BJP.

A nationwide protest has been taking place against the law. Opponents of the law feel it is discriminatory against Muslims while it offering citizenship to six minority religious groups including Hindus from Pakistan, Afghanistan, and Bangladesh, provided they had entered India on or before December 31, 2014.

States bordering these countries, like Assam, are also worried about the dilution of their ethnicity by the hordes of migrant groups which would settle there with this law.

After a failed attempt in 2018, the government is all set to privatise the state-owned Air India, which is running into a huge loss and piling up debts. This is the second time the government is trying to sell off the airline in less than 2 years. 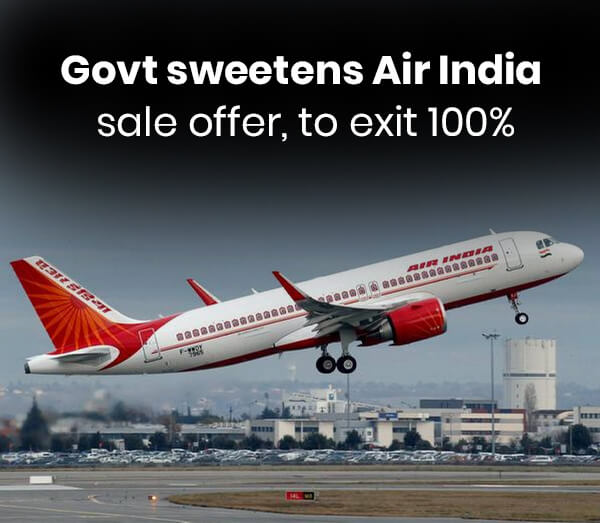 The government has invited bids to privatise the state-owned Air India carrier. Before this, In 2018, they had tried to sell off their stake here, but could only offload 75% of it. This time the government has planned to offload 100% stake.

The new owners of the airlines would have to continue using ‘Air India’ as a brand name and they can’t change it. Another provision says that substantial ownership and effective control of the airline must remain within an Indian entity.

Other than Air India ,the government is also planning to offload it’s 100 % stake in low-cost subsidiary, Air India express (AIXL) and 50 % stake in its cargo and ground handling service airline AISATS.

To attract more buyers, it has made many changes in the eligibility criteria for its bidders. In one case, it will reduce the debt burden for a future buyer from Rs 60,000 crore to Rs 23, 836 crore. It will also come with liabilities worth Rs 25,000 crore.

The Assam government has signed an accord with Bodo insurgent groups, leading to celebrations in different regions of the Bodoland Territorial Area Districts (BTAD). The deal has been signed with four fraction groups, including NDFB, ABSU and UBPO. 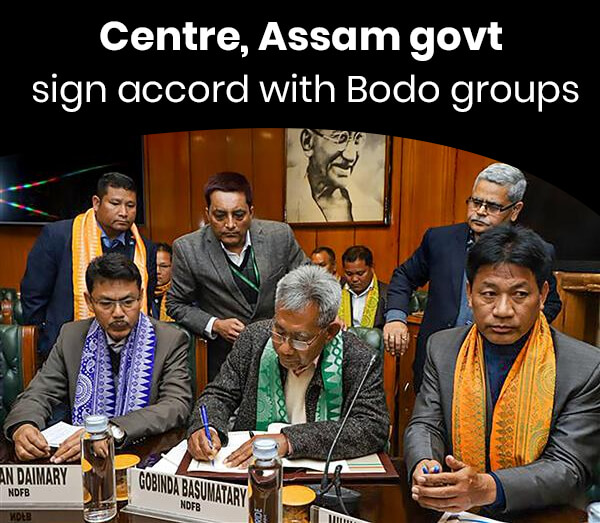 A three party (tripartite) agreement had been earlier inked in the presence of Home minister Amit Shah over the issue.

As per this accord, 1, 550 cadets from .the NDFB(P),NDFB(RD),NDFB(S) will be rehabilitated by the central and state governments. They would also set up commissions to include BODO dominated villages in the BTC and exclude those areas where Bodos don’t hold a majority.

This is the third such accord between the government and BODO groups in the last 27 years.

The 1st accord was signed in 1993 with ABSU leading to creation of autonomous Bodoland council with limited political powers.

The 2nd accord was signed in 2003 with militant group Bodo Liberation Tigers leading to the formation of BTC Bodoland territorial council along with 4 districts of Assam - Kokrajhar, chirang, Baska and udalguri called BTAD.

The dreaded Corona virus, which has taken more than 100 lives in China has had some repercussions over India, as reported in today’s newspaper. Here is a summary of all of these reports. 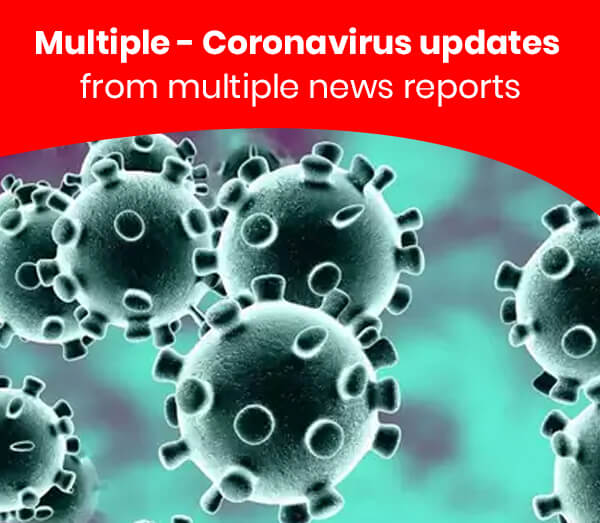 The government will formally request China to help evacuate Indians in the epicentre region for the current Coronavirus outbreak in the latter country, Wuhan. Currently, at least 100 students from Gujarat are stuck in China and a special Boeing 747 has been set aside to help in the evacuation efforts.

However, what is slowing down government response on all of these efforts are the minimal details we know about the spread of the disease and the precautions which need to be taken. As of now, not much is known about how the disease spreads and whether such efforts would help or hinder in containing the health outbreak.

To contain the disease, China has quarantined the region and issued travel curbs to stop people from either going into or moving out of this area. They have also put similar bans on movement in adjoining areas.

In the report around Gujaratis stuck in China, Gujarat Chief Minister Vijay Rupani has asked the Ministry of External Affairs to help ensure the safe return of these students. He has specifically sought MEA minister Jaishankar’s aid to intervene in the matter.

In the report around the special Air India flight, the Boeing 747 due to take off from Mumbai for the operation was put on hold till further instructions. A 12-member crew earmarked for the flight has been pulled out. Officials said they needed more clarity on how to prepare for the outbreak as the crew would run a risk of falling prey to the disease. They expect full-body protection kits and a clear protocol to ensure that the aircraft does not become a carrier for the disease.

Meanwhile, 3 people were quarantined as a precautionary measure, after they were suspected of showing signs and symptoms for the Coronavirus. These were two men from Mumbai and 1 from Pune, who had recently travelled to different Chinese cities. Health officials shared that one of the three had no history of contact with someone suffering from the Coronavirus (nCoV) or travelling to a fish market.

Earlier 3 other patients had been put into isolation over similar fears. They are currently under observation.

3756 travellers have been screened for the virus at the Mumbai airport till January 26. People are also urged to call 104 for queries around nCoV.

All The Best To All The UPSC Aspirants !

The SSC CGL syllabus 2020 comprises the quantitative aptitude section which would test the knowledge of the candidates in mathematics. The Quantitativ

1. Centre advises against travel to China; IndiGo, AI cut services The Health Ministry has advised people to avoid travelling to China amid a coro

What are the differences between Wholesale Price Index & Consumer Price Index?

The difference in CPI and WPI: Wholesale Price Index (WPI) and Consumer Price Index (CPI) are two widely used indexes to calculate the inflation in th

ENVIRONMENTAL POLLUTION AND DEGRADATION  Environmental pollution and degradation are some of the largest threats to the world today. Rapid popu

Previous year question paper will help you to get some ideas about the examination and eventually it will help you in SSC CGL 2020 Exam 1.A fa

In this article, we share some simple tips to crack different bank exams within the primary attempt. Bank exams are mostly conducted for 3 posts: