The Health Ministry has advised people to avoid travelling to China amid a coronavirus outbreak. There are 1,500 new cases now, while 133 have died so far. 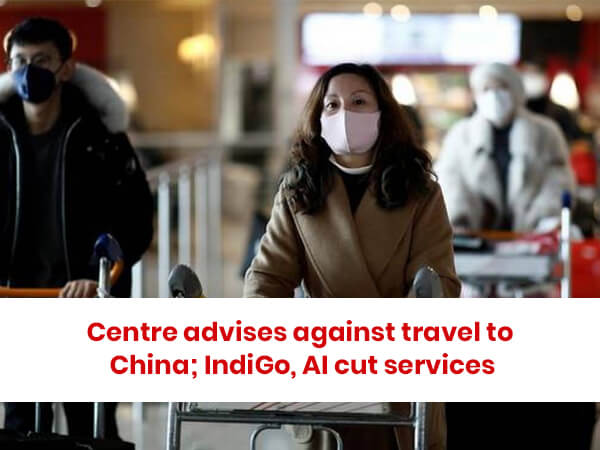 IndiGo and Air India have suspended most of their flights to the country. The government has also sought China's permission to send two flights to China to bring home Indians who are stuck in Hubei.

IndiGo is suspending its Delhi-Chengdu and Bengaluru-Hong Kong flights from February 1. They will still fly from Kolkata to Guangzhou. The crew for this flight will take precautions and can return on the same plane.

Air India also cancelled its Mumbai-Delhi-Shanghai flights with effect from January 31, though it will continue to fly to Hong Kong.

Ship passengers and crew are also being screened now against suscipicion of the coronavirus. 204 minor and 12 major ports will now have a quarantine mode to screen ships docking from China.

21 airports were identified as screening points, and isolation wards are being prepared in different states and UTs for contingencies.

The Chinese Ambassador to India Sun Weidong tweeted that the situation in his country is under control. He wrote, “The World Health Organisation (WHO) does not recommend the evacuation of nationals, and had called on the international community to remain calm and not overreact.”

India has urged Israel and Palestine to consider the US President Donald Trump's peace plan, which calls for a Palestine state with a capital in eastern Jerusalem. 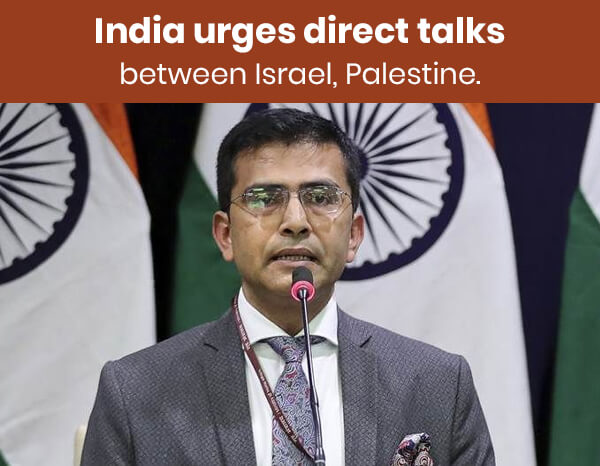 India urged both to adopt a two-state solution.

India urged the middle-eastern neighbours to have direct negotiations and talks to resolve all pending issues. As per the Ministry of External Affairs, India has been consistently supportive of the Palestinian cause.

According to President Trump's peace plan (called Deal of the Century), Jerusalem will remain Israel's undivided capital. Palestine has rejected this absolutely. Trump’s peace plan aims to bring an end to the longstanding conflict between Israel and Palestine.

The deal has invited massive criticism worldwide for giving undue favour to Israel. Trump had released this plan in the white house while meeting Israeli Prime minister Benjamin Netanyahu.

As the death toll crossed 132 with nearly 6,000 infected with the deadly coronavirus, foreign airlines have begun suspending flights to and from China. 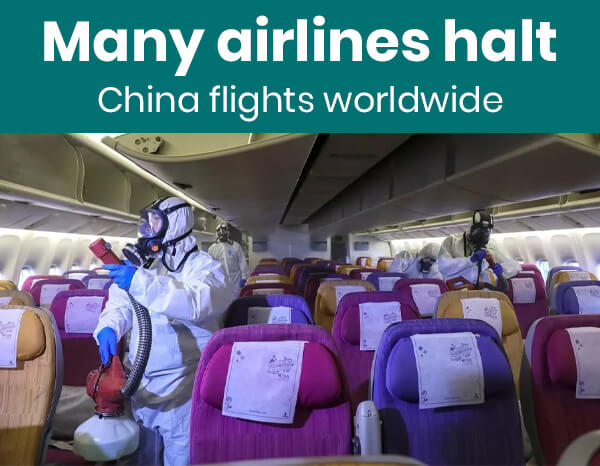 Even as the World Health Organisation (WHO) called for an emergency virus meeting, more foreign airlines have started cancelling their flights. The WHO has declared the outbreak a global health emergency.

Many countries had begun to airlift their nationals from the epicentre of the epidemic, Wuhan. Many governments, including the United States, Britain and Germany, have advised their citizens to avoid any kind of avoidable travel to China.

Even China has appealed to its citizens to avoid any foreign travel as 18 countries have now reported cases of the Coronavirus. It has banned tour groups travelling overseas, suspended schools and postponed Lunar New year holidays.

Coronavirus is a large family of viruses which spread from human to human. Their symptoms are almost like SARS, a deadly virus which had claimed thousands of lives in China years ago.

British Airways, Luftansa, IndiGo and Air India have suspended their flights to the country. 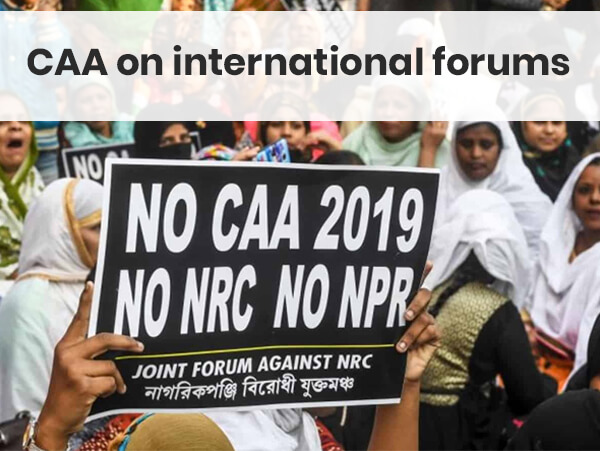 CAA and NRC have led to a series of resolutions at the European Union in Brussels on one end and a Congressional hearing on human rights at the US House of Representatives.

While the EU has deferred a vote on these issues, US lawmakers were worried that the matter would cause a massive statelessness crisis in India.

The Citizenship Amendment Act (CAA) and the National Register for Citizens (NRC) were mentioned again in a hearing at the US House of Representatives. Organised by the Foreign Affairs committee Africa, Global Health and Global Human Rights subcommittee and the Oversight and Reform Committees Civil Rights and Civil Liberties Subcommittee.

The hearing called on a common thread between such situations in Uganda, Egypt, Pakistan, Bangladesh, China, Nigeria and India.

According to US Lawmakers, the NRC and CAA will cause mass suffering and is against the minorities of the world, creating a statelessness crisis in the world.

From the past few months, the government including American diplomats have abstained from saying anything against CAA, NRC and even Kashmir staring all these as internal matters of India and India being a democratic country has its courts to decide its constitutional

Meanwhile, members of the European Parliament (MEPs), who were discussing a joint motion on the two situations have decided to hold off a vote on the issue till March, second half.

This pending vote will be tied in with PM Narendra Modi's visit to Brussels for the EU-India summit on March 13. The aim here is that India would get a chance to engage with MEPs on the issue.

5. Cabinet nod for raising gestation period for abortion to 24 weeks

Abortions up to 24 weeks of gestation are now a possibility. The upper limit or maximum time to get an abortion will be extended by four weeks after a new Cabinet approved the parliament would clear bill, the Medical Termination of Pregnancy Amendment Bill (2020) in the upcoming budget session. 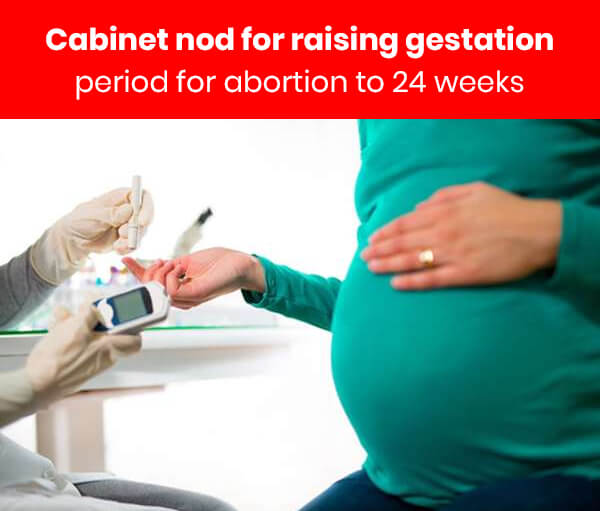 Union Minister Prakash Javadekar called the move an attempt to permit abortions and ensure safe termination of pregnancies by four more weeks. This move will give women more reproductive rights over their bodies.

The move will benefit rape victims, girls with disabilities and minor who may not realise that they are pregnant till it's too late. Typically pregnancies start to show in the 5th month when the gestation period is too far along to permit termination of the pregnancy. The move will also reduce maternal mortality.