The candidates who wish to take the UPSC 2020 exam need to be prepared for all the challenges that would come before it during preparation. Each candidate must know the syllabus to plan out their preparation according to the time they have.

Each candidate wishes to score the highest amongst the rest of the candidates and so we provide you with all such information which you could use to prepare in minimum period and would yet score better compared to the other candidates. 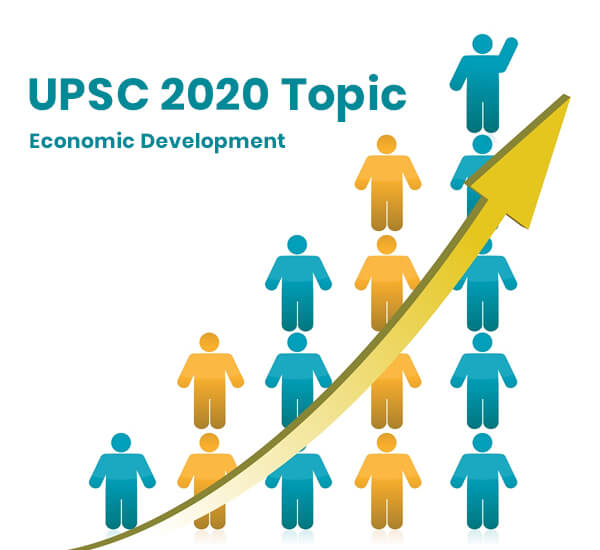 UPSC online would also help you to prepare for the exam systematically.

The UPSC exam is conducted in two phases:

Which is then followed by a personality test(interview).

This article will help you to study for your economics syllabus for UPSC Prelims, mains and the economics optional all at one place which would save your time and efforts.

Economics is an unavoidable part when it comes to the UPSC syllabus, hence all the important topics which will be covered under this article are: Sustainable development, poverty Inclusion, demographics, social sector initiatives, e t c

The important areas on which we need to lay great emphasis while preparing for the UPSC economics syllabus are stated under:

According to the World Bank the most important sectors which are at the top most priority for India are the agricultural and rural development, public sector reform, reforms in lagging states, infrastructure, removal of labour regulations and HIV/AIDS. Since the renewal of reforms of the 2000s India has a free market economy.

India is the largest democracy and its economy is growing at a fast rate but it has slowed down since the year 2017.In an economic discussion, ‘growth’ and ‘development’ are two words which are often used by the economists.

To get the right information it will be beneficial for the candidates taking up the UPSC 2020 exam to know the present scenario about their economy. There is an economic slowdown which is not likely to go unless some strict and effective measures are adopted. The Banking sector problems are the main cause for the fall in the economy of the country.

India’s per capital income increased at around 1% annualized rate. To revive the economy and work efficiently towards the economic development of the country we must take certain important steps like:

The GST must be simplified and the Tax slabs must be reduced from 4 slabs to 2 slabs – The GST is highly complicated as it involves too many clauses and sub-clauses, too many amendments and exceptions .

GST is a complex blend of at least seven taxes .The GST is not business friendly in its current form and hence it needs a Startup solution that is a smart way to collect consumption tax so that it is not complicated and is business friendly and prevents tax theft.

To recharge aquifers annually 100,000 water storage reservoirs must be build – India is now a water deficient nation and the situation is deteriorating. Even after spending 50% of the funds on water bodies and aquifer development there has bit very little progress as expected.

On the other hand funds are being used for piped water and Swachh Bharat which will eventually not succeed unless there is enough water to use. Private sector banks require to be restructured

The private sector banks in India have a major responsibility of providing banking facility to billions of people and so it is burdened and needs to be restructured to work effectively.

The economic development in India would only take place if its employment, agricultural sector, GDP growth rate and the environment are kept in mind of the law makers while making and implementing laws.

The labour force is increasing at a higher rate as compared to the employment opportunities available to the people. Only 10% of the workforce has the privilege to have a regular employment.

Degradation of environment- The water is not treated is used for drinking, bathing. In India people cook with

fuel-wood and coal and so over 4 billion people are exposed to the continuous smoke.

Plans for the economic development

India’s GDP is expected to achieve the upper-middle income rate of digitization, demographics and reforms. To generate energy it is important to focus more on renewable sources. India’s consumption may triple up due to the expenditure pattern and consumer behavior as a result it will turn out to be the third largest consumer economy as stated by the renowned Boston Consulting.

The UPSC conducts the Engineering Services Exam (ESE) once a year to provide various job opportunities to engineering graduates. The level of this exa