The Chief Justice of India (CJI), Sharad A Bobde acknowledged objections against turning the Sabarimala case into a wider hearing on religious rights. He, however, said the bench would not ‘abort the hearing’, but frame issues on the basis of which the bench would take a decision. 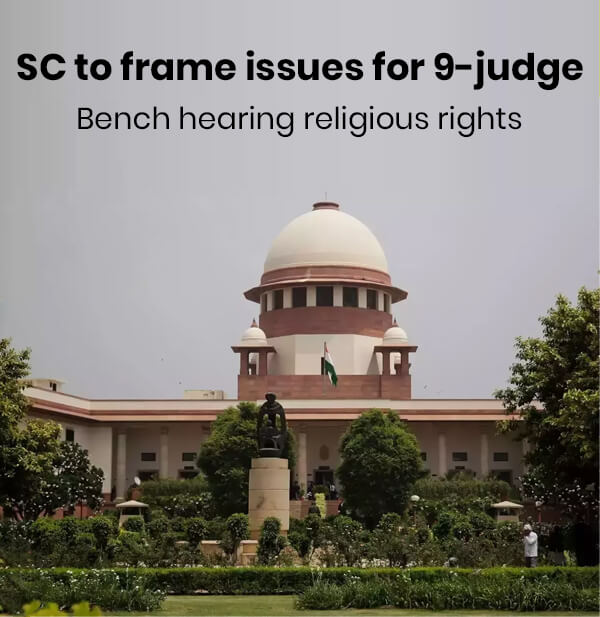 The CJI made this statement after counsel Fali S Nariman objected to how the Court had turned a review of the Sabarimala case into an opportunity to set up a 9-judge bench and examine how religious practices in diverse cases should be protected under the constitution or not.

The Court has been hearing a review of the Sabarimala case, which allowed menstruating women a right to enter the religious shrine. This has been denied by religious practice before the court decided on the matter.

On Nov 14, 2019, the review hearing took a turn when the court (led by then CJI Ranjan Gogoi) decided to side-step the issue and look at broader instances where religious practices and the right to equality stand contrary to each other. These instances include prohibition of women from entering mosques, female genital mutilation in the Dawoodi Bohra community and a ban on Parsi women who have had inter-faith marriages, from entering the fire temple.

The court will convene on Thursday to fix dates for the next hearings in the matter. They will keep the objection in mind and frame issues for the hearing accordingly. 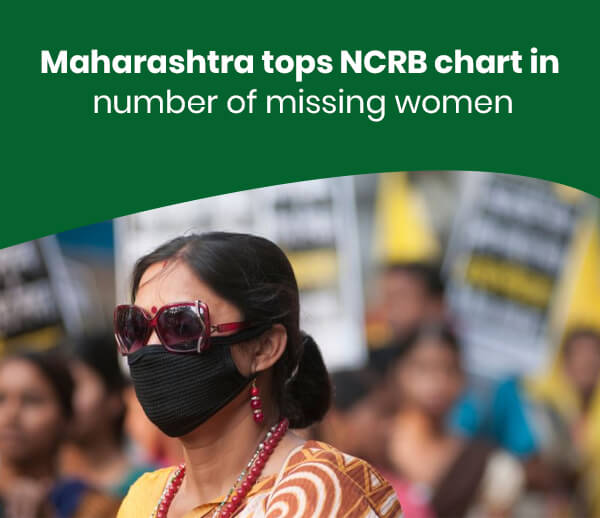 The Supreme Court had asked the NCRB to “analyse the data on missing persons (especially on women and children) so that areas prone to persons being trafficked can be identified”. They did so on the basis of annual Crime in India reports for the years 2016, 2017 and 2018.

The agency also said that incidents are not uniformly reported across the country.

After the third Indian case for nCOV was confirmed in Kerala, health officials from the Kerala Health Department have called the outbreak a state calamity. The department’s disease surveillance teams are compiling data on the exact number of medical students who have returned to Kerala from Wuhan. 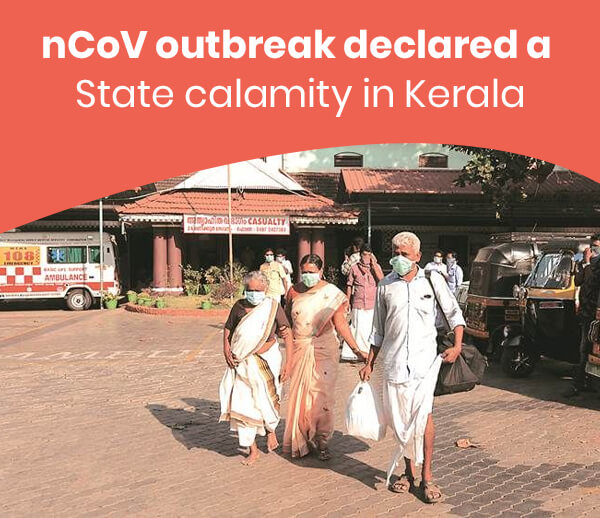 The third case was confirmed from Kasargod district and is a medical student who returned to his home district from Wuhan university. The timeline for this patient matches the timeline for the previous two students who had tested positive.

His relatives have also been put into isolation, while other contacts are being traced. He currently suffers from a mild illness and is stable.

The coronavirus outbreak is rapidly becoming larger in scale and has resulted in 20,000 cases in China and 425 dead so far. People considered a risk are being screened on airports and put in isolation for 14 days before they are cleared.

Isolation wards and quarantines have been set up in many Indian cities to contain the outbreak. In fact, 5 people who had been shifted to the quarantine facility at the Army’s Base Hospital in Manesar have been tested negative. They were among the 247 people evacuated from Hubei province in China.

The Supreme Court has directed the Centre and States to give a report of measures they have taken to prevent children from falling into abandoned or open borewells. The bench, led by Justice Arun Mishra, issued a notice on petition asking for the same. 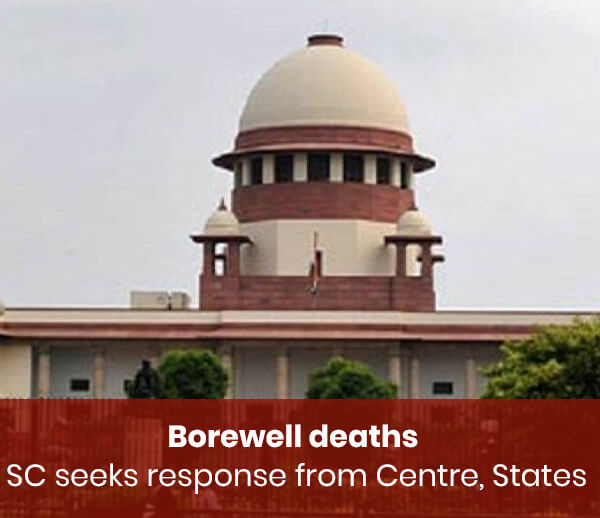 The petition filed by advocate GS Mani pointed that neglect by errant officials had led to tragic deaths of children who had fallen down borewell holes. The last such incident happened in October, when 2-year-old Sujith Wilson had gotten trapped in an abandoned borewell in Tiruchi in Tamil Nadu.

The petition has said authorities remain negligent about safety measures concerning borewells despite Supreme Court directions in 2010. Despite this, the Tamil Nadu government had failed to take precautionary measures, leading to the 2-year-old’s death.

The Environment ministry may soon carry out plan to ban RO systems as directed by the National Green Tribunal (NGT) on grounds that they waste water and often deprived drinking water of essential salts. They also do not tackle bacterial agents or trace chemicals. In fact, manufacturers of RO systems have said that often additional filtration is required to deliver potable water. 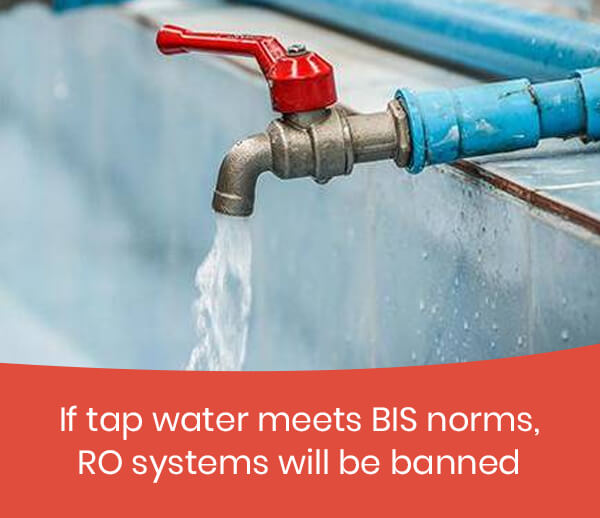 The ministry has published a draft notification and awaits comments from public on it for the next 30 days.

The acceptable limit standard mentioned in the notification should be 10500:2012. The Delhi Jal Board, among others, claims that the water it supplies meets BIS norms.

Meanwhile, the Water Quality Association of India, which represents companies who make RO systems, had moved the Supreme Court for a stay of the NGT’s order. The Court declined to intervene in the matter.

In a new report, the Comptroller and Auditor-General (CAG) has pulled up the Army for deficiencies in providing specialized clothing, rations and housing for troops posted in high-altitude areas like the Siachen. 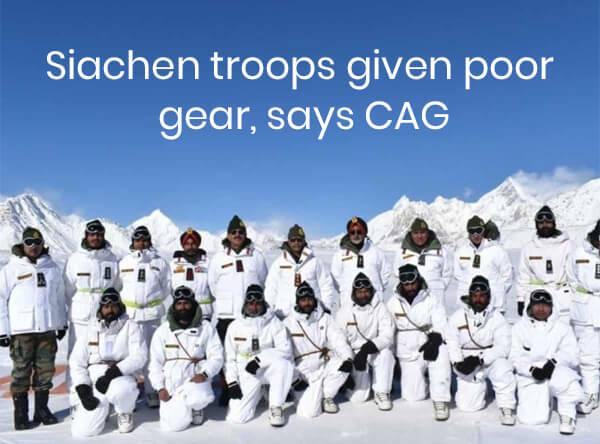 The CAG also pointed out that the Army had still not delivered on the promise of setting up an Indian National Defense University (INDU), proposed by the Kargil Review Committee in 1999. The project cost has been revised from Rs 395 crore to Rs. 4,007.22 crore, up 914%.

There has been a delay of four years, in procuring these essentials. “There was a critical shortage of snow goggles, ranging from 62% to 98%. The troops had not been issued ‘multi-purpose boots’ from November 2015 to September 2016, and had to resort to the recycling of available boots,” the CAG said in the report on the performance audit of provisioning and procurement during the period from 2015-16 to 2017-18.

The troops meanwhile, got older models of face mask, jacket and sleeping bags. For special rations, the CAG found that substitutes of scaled items were authorized on“cost-to-cost’’ basis, and this resulted in the supply of a reduced quantity. “This compromised the calorie intake of the troops by as high as 82%.”

The CBSE exams are near and every student wishes to score above 90% in their upcoming examinations. The result of the students will determine their ca

Now is the right time to make your UPSC 2020 preparation strategy. We have discussed some topics in this article that are surely going to help yo

How to create great lectures?

In order to capture the attention of the learners, it is imperative that the lectures you create are of great quality. But the question is: what goes

Reading up current affairs for UPSC exam? The UPSC news-based portion tests the abilities of a student to correlate the daily news with government pol