1. No decision yet on pan-India NRC, Minister tells

There has been no decision so far on preparing a national level ‘National Register of Citizens (NRC), said Minister of State for Home Affairs Nityanand Rai to the Lok Sabha. The minister was responding to a question in the house on whether the government had plans to introduce the NRC across the country. 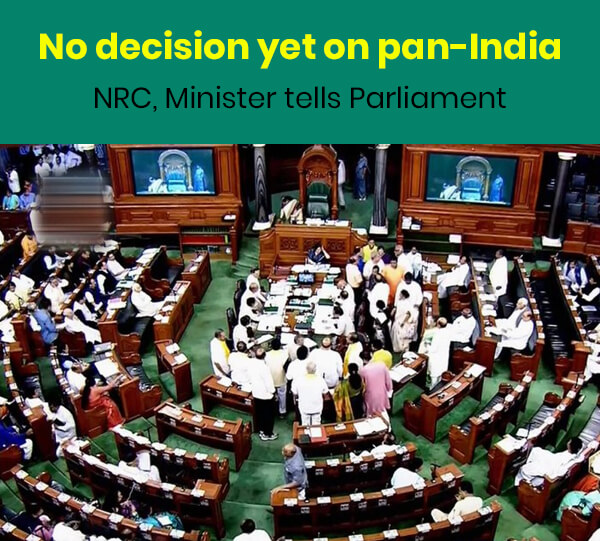 He also said the government is in discussion with States in regard to preparing the National Population Register (NPR).

There has been a massive uproar around the Citizenship Amendment Act (CAA) and NRC, especially in non-BJP states. This uproar has also extended to cover the National Population Register, slated to begin from April 1, along with the Census. According to the Citizenship Rules of 2003, this NPR is the first step towards compiling the NRC.

The government has only issued a trial form for the NPR till now. This had been used to collect details from 30 lakh respondents on 21 parameters. The final form needs to be finalised. When asked about the status of the final questionnaire, the minister said that the exercise would include demographics and particulars of each family and individual, but no documents.

revoke its decision on Kashmir:

The Pakistani Parliament has passed a resolution on Feb 4 unanimously, asking its Indian counterpart to revoke the decision to scrap the long standing special rights of the Jammu and Kashmir. 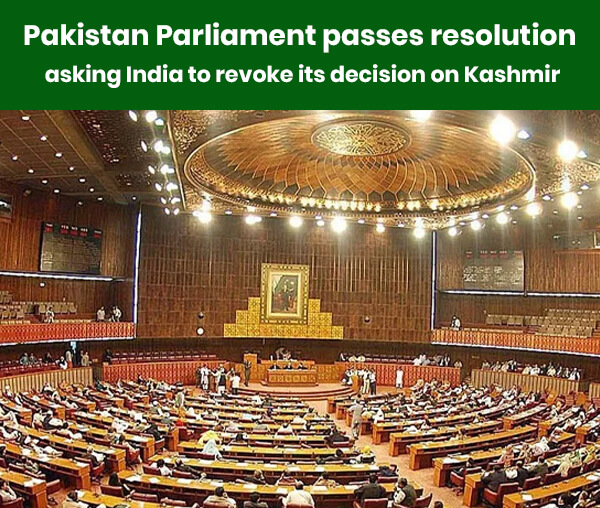 The resolution was passed by both the lower house and the national assembly.

The resolution was passed by the Pakistan govt ahead of February 5, which it observes as a solidarity day for Kashmir. Pakistan had also raised a voice against the months long shutdown of Internet and media in the Himalayan valley. It called upon the Indian government to allow media, international governments and rights group to access the Kashmir so that the ground reality of the situation created there could be reported.

The fresh flare up heightened between the two Nuclear armed rivals, after the Indian govt. scrapped the long-standing Article 370 in August 2019, putting an end to the historical special status of the state from 1948.

India has categorically told international community that the revocation of Article 370 was India’s internal matter and has suggested Pakistan to either stay away from it or accept it. India’s decision to scrap Article 370 evoked strong reaction from Pakistan which downgraded diplomatic ties and expelled the Indian envoy.

According to a German cyber security firm, Greenbone Sustainable Resilience, the details of near about 120 million Indian patients has been leaked and is freely available on the Internet. The Greenbone report is an update on its previous report, released in November. It has ranked countries on how they have taken actions to safeguard patient data after the first report and rated India’s follow-up actions as ‘ugly’. 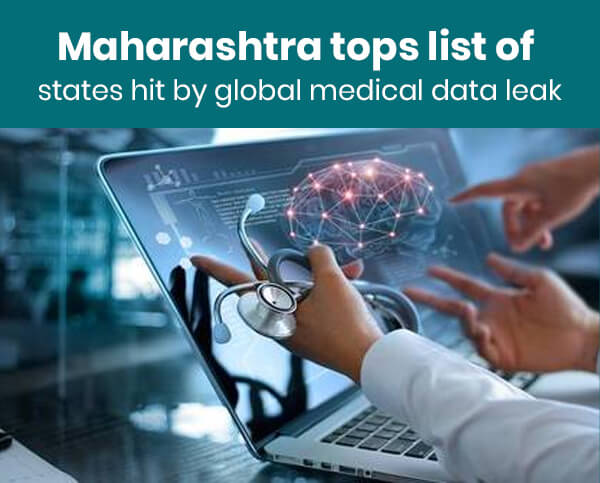 Maharashtra tops the list of the leaked data of Indian states with round about 7 crore images freely available on Internet. It is followed closely by Karnataka with 1.4 crore of medical images availability on Internet.

Greenbone already published a report October 2019,wherein it revealed a widespread data leak of massive number of records including images of CT scans, X-ray, MRIs and even images of patients.

What is more worrying and annoying is that the number of data troves carrying this sensitive data flared up by a significant number in just a month after Greenbone published the report.

The updated report had put Maharashtra on the top of the list.

The systems located in India allow 100% of the access to the related images. The leak is more worrying as it carries the information of common man, politicians and celebrities too which could give a deep blow to their image. The other concern is of fake identities being created and misused in number of ways.

According to Greenbone report, the PACS servers where these details and images are stored are not secured and are linked to public internet without any protection making their availability easy for the malicious elements.

4. World is not facing pandemic yet, says WHO

The world health organization has said that the deadly corona virus which has spread from China to a dozen other countries couldn’t be put in ‘pandemic’ phase.

Sylvie Briand, head of WHO’s global infectious hazard preparedness division said that we are at the phase where it is an epidemic with multiple foci and we can’t put it in Pandemic state yet. 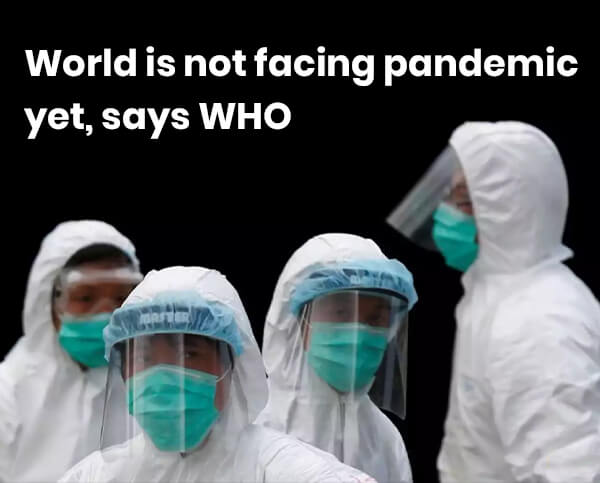 The deadly, infectious novel corona virus has spread from China to more than 12 countries in the world even including India wherein two patients from Kerala have tested positive for the test.

The disease has already claimed more than 425 lives in China with nearly 20,000 being infected and all of them are in central Hubei province, the epicenter of the epidemic. This virus has spread from China to two dozen more countries since it’s outbreak in December. There is a rapid transmission and spread of disease in Hubei province but just few spell over outside the province and even outside China.

The respiratory disease spreads through droplets like through sneezing and coughing or direct contact with the infectious people or the object they have touched in.

Top J&K leaders continue to languish detention for more than six months, since they were first arrested on August 5, last year, when the Centre revoked Article 370 and clamped a shutdown on the state to stop protests and dissent against the action.

These include National Conference leaders Farooq Abdullah and former CM Omar Abdullah and Mehbooba Mufti of the Peoples Democratic Party (PDP). Dr Abdullah’s detention was extended for 3 months, while the former Chief Minister has been detained at his home since that day, which has been converted into a sub-jail.

The sub-jail ruling allows a detention of people who can breach the peace upto a year.

The government has meanwhile, released Shakeel Qalander, a known businessman from the region and a member of the committee for employment policy in J&K in 2010-11. Aijaz Mir, a former legislator from the PDP, has also been released.

6. Only 7 in 100 anganwadi beneficiaries in cities

Citing a wide disparity in the spread of Anganwadis across India, an RTI query from The Hindu, has reported that there are only 1.09 lakh such centres in urban areas, out of a total of 9.31 lakh centres. This translates to only 7 urban children at Anganwadis in every 100 children who benefit from the system. 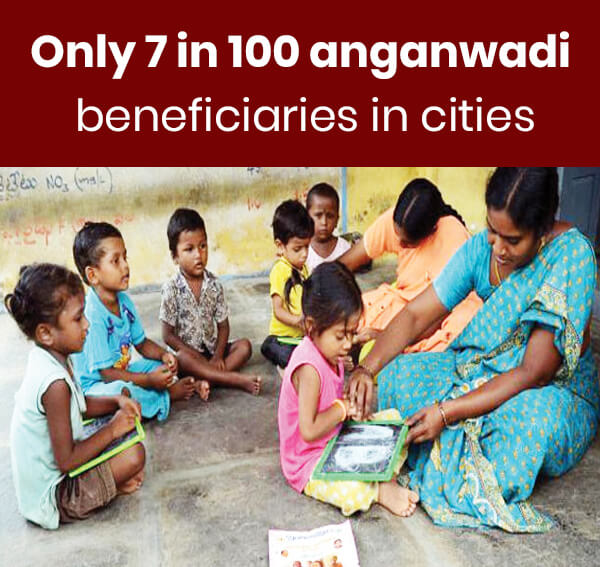 There is a severe lack of Anganwadis in cities, a central scheme for early childhood development. These day-care centres were set up under the Integrated Child Development Services (ICDS) by the Women and Child Development Ministry to provide a package of six services. These are - supplementary nutrition, pre-school non-formal education, immunisation, nutrition and health education and referral services.

The Anganwadi scheme aims to reduce infant mortality and child malnutrition. Its beneficiaries include children in the age group of six months to six years, pregnant women and lactating mothers. Urban anganwadis have 55 lakh beneficiaries registered with them, while a total of 7.95 crore beneficiaries are covered under the scheme across the country.