For a basic understanding of Article 370, we have put down certain facts that are important for understanding the topic and which will help to clear any competitive exam. This includes the UPSC Mains and the UPSC Prelims exam.

On 5th August 2019, the President of India put into effect the Constitution Order 2019. It revokes the special status given to Jammu and Kashmir under Article 370 and Article 35A. A critique of Article 370 is a good way of understanding its significance in the UPSC exam. 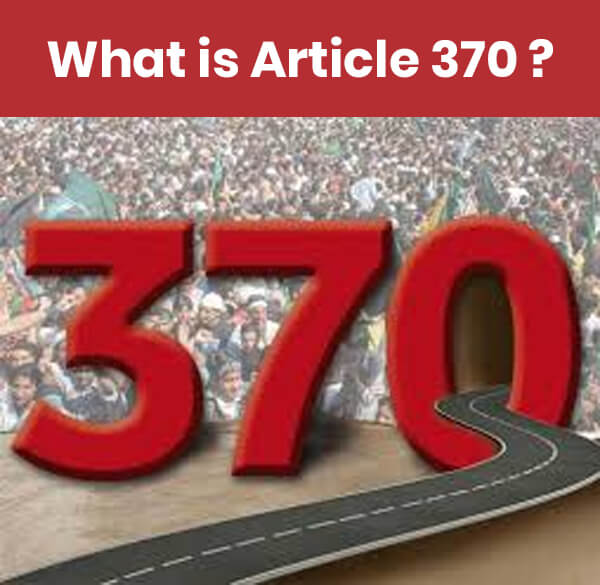 Article 370 is a temporary provision. It was incorporated in the Indian constitution on 17th October 1949.

Article 370 of the Indian Constitution permitted Jammu and Kashmir to draft its constitution while restricting the Indian Parliament to exercise its legislative powers in the state.

Under this Article, the constituent Assembly of Jammu and Kashmir was empowered to recommend which Articles of the Indian Constitution should apply to the state.

The Jammu and Kashmir as a Union Territory will have an Assembly, like in Delhi and Puducherry. Previously India had 29 states and at present, it has 28 states. Kashmir will now have a Lieutenant-Governor rather than a Governor.

This topic is important for the UPSC prelims exam as well.

Article 370 was added in the Indian constitution to provide autonomy to Jammu and Kashmir:

However, it failed to work for the welfare of Kashmiris who have now experienced two generations of revolution and violence. It also failed to provide security and protection to the Kashmiris which led to their insecurity and misfortune.

The interest of the Kashmir was over-looked by the law-makers which in turn did not give them an advantage for which it was formulated. It contributed to increasing the gap between the people of Kashmir and the rest of the nation at large.

Presidential order that sought to revoke Jammu and Kashmir's special status, according to Article 370 the President would require the recommendation of the constituent assembly of Jammu and Kashmir to make such a change.

Conversion of Jammu and Kashmir into a Union Territory violates Article 3, of the Constitution.

You should know various articles and sections related to fundamental rights if you want to ace the UPSC 2020 exam.

Steps to be adopted for the welfare of Kashmir

Certain laws need to be formulated by the lawmakers concerning education and to employ the Kashmir's.

The path of non-violence and peace should be adopted to solve the legitimacy crisis prevailing in Kashmir.

The government can mitigate the challenges emanating out of Action on article 370 by launching a comprehensive outreach program to all Kashmiris. To prevent violence, strict laws need to be enforced.

As per the UPSC 2020 syllabus, you should be thorough with the political and social studies part. If you need more information about the UPSC 2020 exam then please log on to study24x7.com