The Supreme Court has directed the government to grant permanent commission to all Short service commissioned women officers, who have already worked as SSC officers in Indian Army. 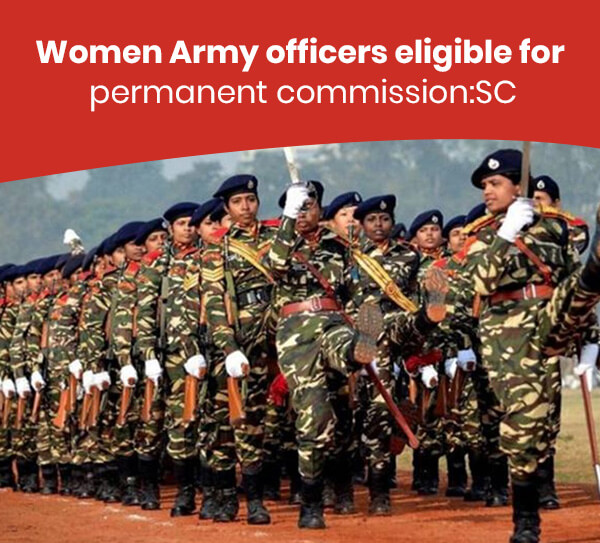 The Supreme Court has upheld Delhi High court's judgement to grant permanent commission to women officers in the Indian Army. The centre was arguing the case, citing physiological limitations. In 2010, the Delhi High court had ordered the government to grant permanent commission to all short-service commission officers while upholding a policy decision to keep out women from the combat units.The government had challenged this ruling in SC and didn't implement it. But now it has to implement the policy within 3 months.

All women officers irrespective of the number of years they have put in for their service, will benefit from this decision. The 'no women in combat' rule was however not challenged in SC.

The permanent commission with consequential seniority and pension benefits will be restricted to the Army's non-combat units like regiment of artillery, corps of Engineers, corps of signals, Army service corps, Army ordnance corps, corps of Electrical and Mechanical Engineers, AEC, intelligence corps and the JAG(legal ) department.

The decision by the court on this matter is going to eradicate the divide between men and women officers in as many streams as possible in an incremental manner.This move highlights that the physiological features of a women have no significance to her equal entitlements under the Constitution.There has been acute shortage of 11,500 officers in Army.

The supreme court's judgement is valediction for women officers who have been fighting for decades for equal footing with men in the armed forces.The Indian air force which has the highest proportion of women officers has already opened its doors and would witness the highest impact with this move of the court.

A Delhi high court has issued fresh death warrants for all 4 convicts in the Nirbhaya rape and murder case. They will be hanged on March 3 at 6 am. This is the third time that the death warrants have been issued against them. 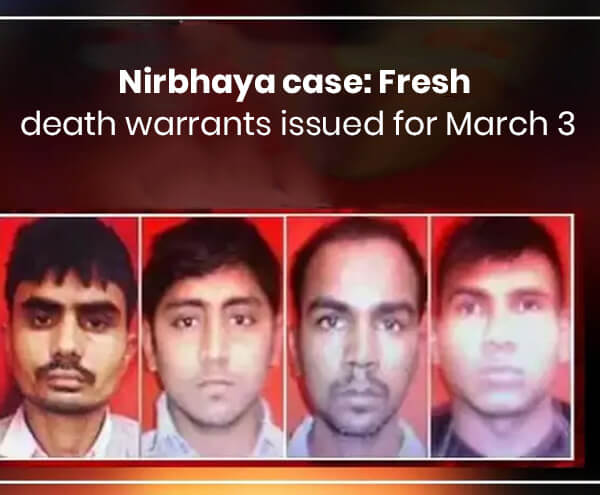 The Nirbhaya rape and murder case involves the brutal assault on a 23-year-old paramedical student in a moving bus on Dec 16, 2002. The gangrape and assault on the 23-year old physiotherapy intern, shocked the nation and led to a demand for stricter punitive measures against rapists and criminals who assaulted women. The girl, unfurtonately, succumbed to her injuries a fortnight later in a Singapore hospital.

The first date for their execution was on January 22, which was then postponed to February 1 by January 17 court orders. Then on January 31, the trial court stayed the execution till further orders as they had not exhausted all their legal remedies.

Mukesh Singh has told the court that he wants to change his advocate from Crinda Grover to Ravi Qazi.The court was also informed that the other convict Vinay kumar is on hunger strike in Tihar jail. Pawan's counsel informed the authorities that he wants to move his curative petition - the last legal remedy available to a person. He is the only one who has not filed a mercy plea either.

The MP of a British labour party Debbie Abrahams was denied entry in India on Feb 17 and deported to Dubai.This British MP criticised the government on abrogation of Article 370 and was among the group of leaders who issued the formal letters indicating their grave concern about the removal of Article 370 in the state. 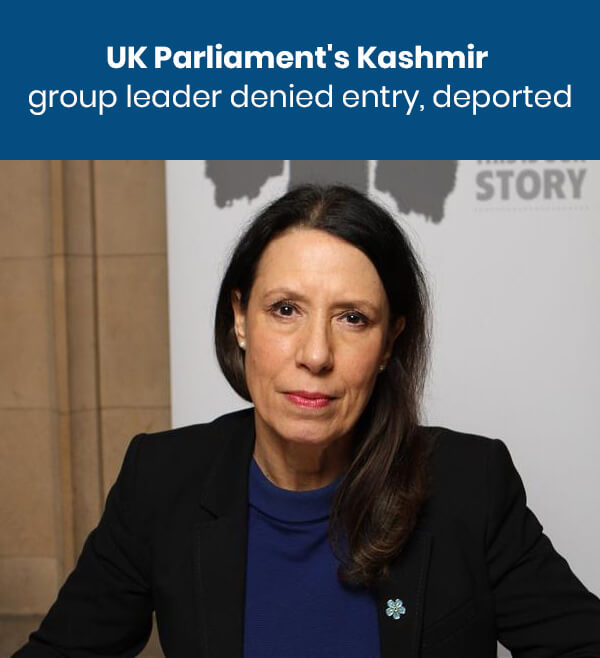 The Home ministry spokesperson in New Delhi said that the British Parliamentarian had been duly informed that her e-visa was cancelled and she arrived in Delhi despite knowing this.

She is among the group of MPs who issued formal letters following the revocation of Jammu and Kashmir's special status.

The Supreme Court has conceded that Shaheen Bagh protesters - mothers, children and ordinary people of Shaheen Bagh and Delhi had a right to protest against the Citizenship (Amendment) Act, even as it expressed concern over their blocking of public areas. 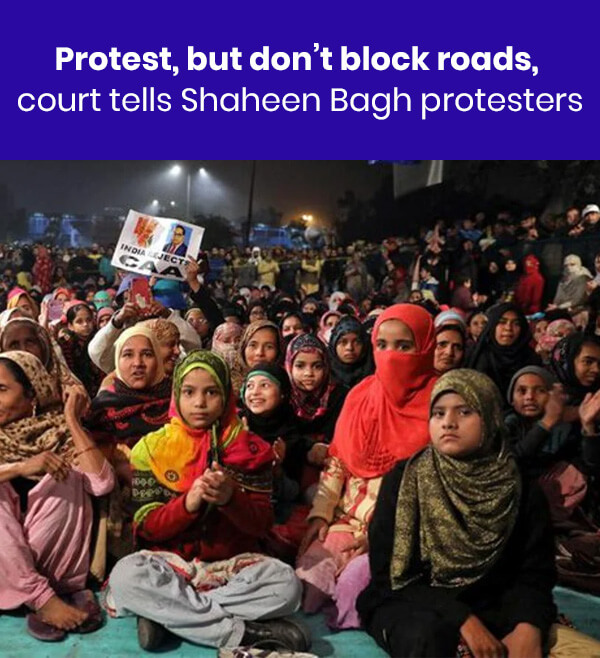 Telecom services providers Bharti Airtel, Vodafone Idea and Tata Group have begun to pay their dues to the Department of Telecommunications (DoT) after the reprimand they received from the Supreme Court. The trio have deposited a total 14,697 crore in part payment of their adjusted gross revenue dues. Vodafone, which paid Rs 2500 crore, will deposit an additional Rs 1000 crore by the end of this week.

The 13th Conference of Parties to the Convention of Migratory Species of birds (COP13) was organised on Feb 17 in Gandhinagar. Inaugurated by PM Narendra Modi, it saw India gaining presidency for the UN body, at a conference attended by participants from 130 countries. 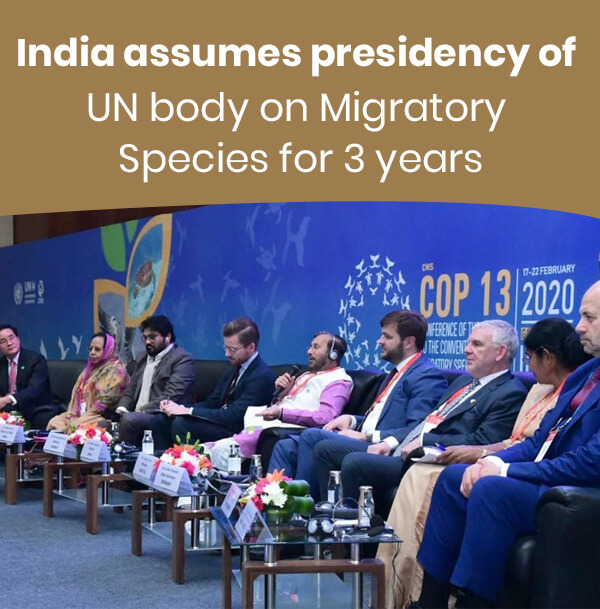 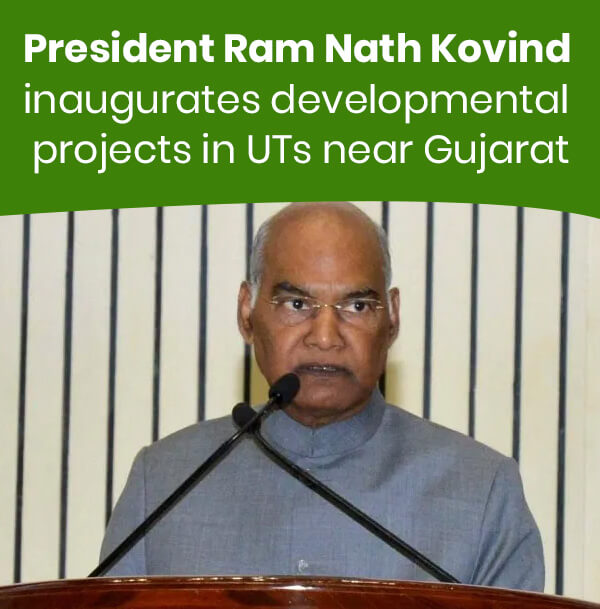 The Competition Commission of India has allowed acquisition of 100% share for WABCO by ZF Friedrichshafen AG (ZF), under the Section 31(1) of the Competition Act, 2002. 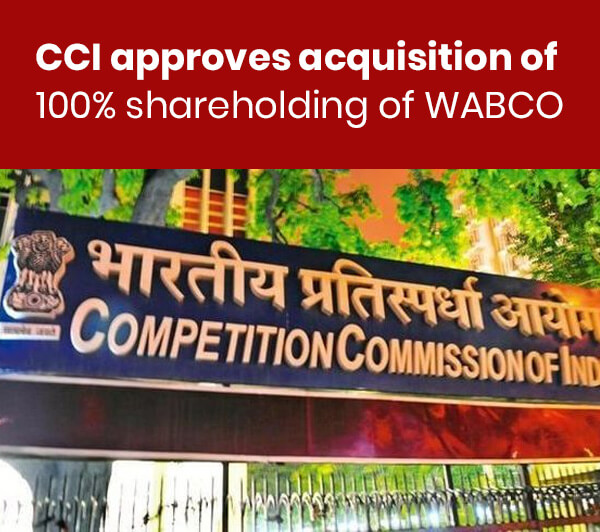 ZF is a global technology company and develops, manufactures and distributes products and systems for passenger vehicles, commercial vehicles, off-highway vehicles and industrial technology. Its products include in particular gearboxes, steering, axles, clutches, dampers, chassis components and systems, active and passive safety technology for automotive applications and other associated components.