For lying to the Congress and tampering with evidence in a bid to save US President Donald Trump from the impeachment, a federal judge has sentenced his advisor and long time friend, Roger Stone to 40 months in prison. 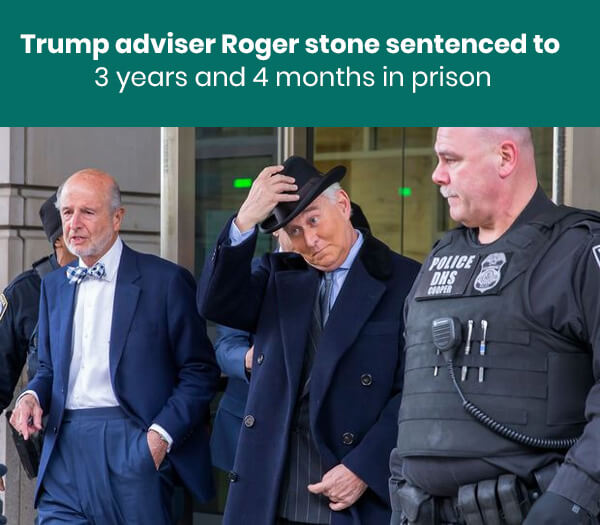 Stone, a long time associate of US President Donald Trump had been prosecuted for covering up for the President. He had lied about the efforts to obtain damaging emails related to Hillary Clinton's 2016 democratic presidential campaign, which had been stolen by Russian agents.Wikileaks had ended up releasing those emails during the 2016 presidential election.

Stone has been sentenced to 40 months in prison with a fine if $20,000. Stone's lawyers have requested a sentence of probation and could also be granted pardon by president Trump.Trump has already repeatedly criticised the case against his former advisor.

The UP government has served notices to 28 people in Lucknow for damages to private and public property during the anti-Citizenship Amendment Act (CAA) at Parivartan Chowk in Lucknow. The 28 persons have been asked to pay Rs 64 lakh. 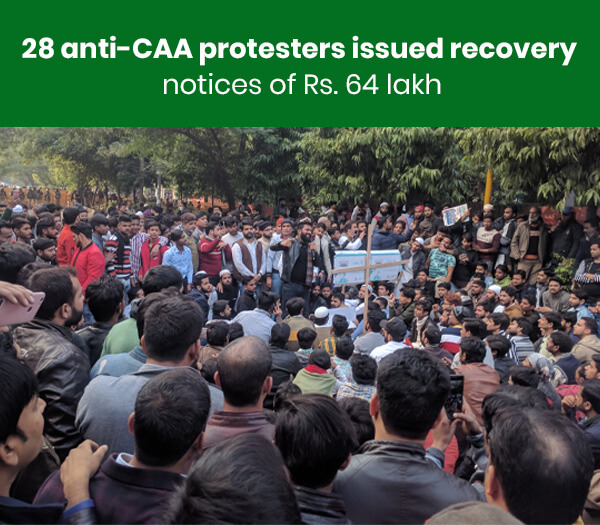 KP Singh, Additional District Magistrate (East), who issued these notices had earlier asked these people to pay the dues in 30 days or face confiscation of their properties. These 28 were held responsible for illegal assembly and the damages under “joint and several liability”.

The Supreme Court dismissed a curative petition filed on behalf of the victims of the Uphaar theatre fire tragedy against Sushil and Gopal Ansal. The 3-judge bench found no merit In the plea. They had partially reviewed their original 2015 judgement to send Goapal Ansal back to jail for a year. 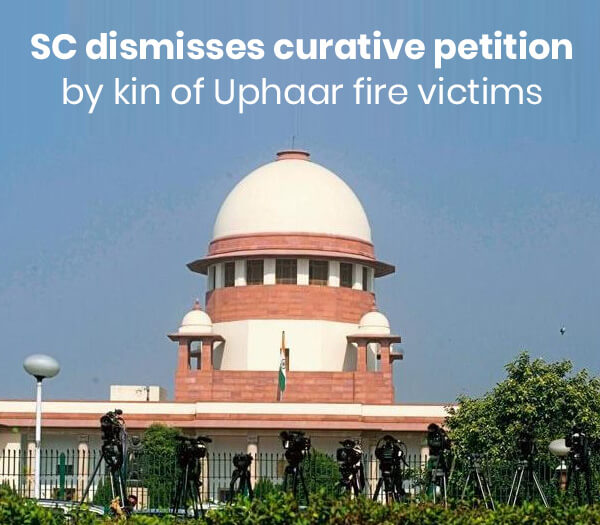 The horrific Uphaar theatre fire had killed 59 trapped in the blaze at a film screening in 1997 in Delhi. The theatre located in South Delhi’s Green Park area had become a death-trap in 1997, during a screening for the war film, Border. Many of the victims had died due to the smoke and fumes, as their way out of the theatre was blocked by extra seats near the exits.

100 more people were injured in a stampede as they tried to rush out.

In 2015, the court had allowed the Ansals to leave jail, after paying a total compensation of Rs 60 crore. The CBI and the Uphaar victims association had filed review petitions against the case.

Unconfirmed rumours which linked chicken to the coronavirus, has caused an estimated loss of Rs 150 crore to poultry farmers in Maharashtra, according to the state’s animal husbandry department.

Scientists and department officials have appealed to people to not believe in these rumours. 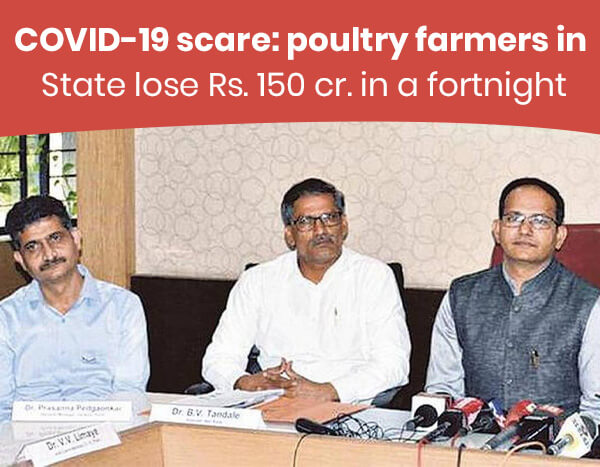 These rumours have also impacted farmers who grow maize and soyabean and our dependent on poultry.

Ever since the Coronavirus scare has come to India there have been multiple rumours warning people against multiple (and false) sources of the virus. The National Institute of Virology (NIC) and State Animal Husbandry Department have appealed to people not to believe in such unscientific propaganda and rumours.

“Chicken consumption was safe yesterday, is safe today and will continue to be so. The moment we came to know of such rumours, we registered a case with the Pune cyber police and began awareness campaigns,” he said.

5. Muslims set up stalls as pandits celebrate Herath in valley

In a show of inter-faith cooperation, Kashmiri muslims have joined Kashmiri Pandits in Shivratri celebrations in the valley. The festival, known here as ‘Herath’ saw many muslim traders set up stalls in the festive area. 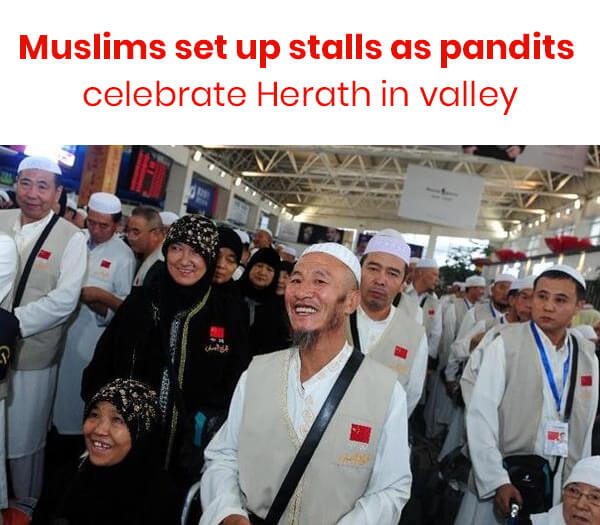 Kashmiri muslim traders in the valley have set up stalls for the items like fish,walnuts,flowers and other things needed for the celebration of one of the most important festivals of kashmiri pandits , shivratri.

This is the first time, the festival is being celebrated with full fervour in the valley, since the state has been reduced to union territory by abrogating Article 370 on Aug 5,2019. Several temples were decorated for the occasion which included the famous Shankaracharya temple where devotees offer a day long prayers.

A very small portion of the pandit community (nearly 2%) stayed in the valley despite the mass exodus of the community in the year 1989 where lakhs of pandits had to leave the valley after threats from Muslim radicals.

Herath is one of the biggest festival of the kashmiri pandits.The festival used to be equally celebrated by the Muslims too in the valley.At the end day of this festival,a day is observed known as 'salam' which entails celebrations with their Muslim brethen in kashmir.

The kashmiri pandits with the help of locals have now been able to open and repair the 40 odd temples in the valley.Right now,the migrant community is eagerly waiting for their rehabilitation back in the valley with many of them opposing any move of separate colonies for them in the valley as it may further sour the relations between the two communities. 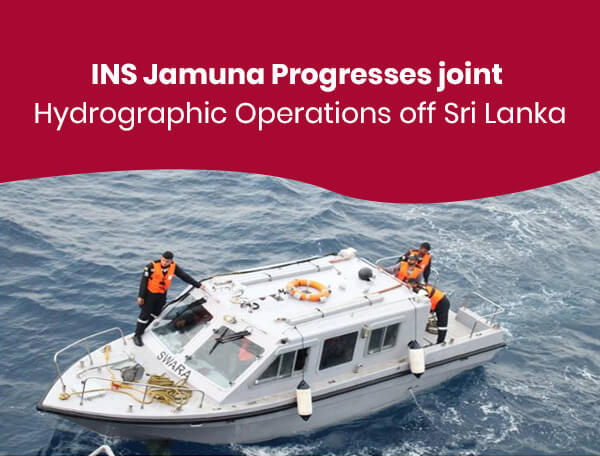 The 13th Conference of the Parties to the Convention on MigratorySpecies (CMS) in Gandhinagar has unanimously accepted India’s proposal to include Great Indian Bustard, Asian Elephant and Bengal Florican under international protection. 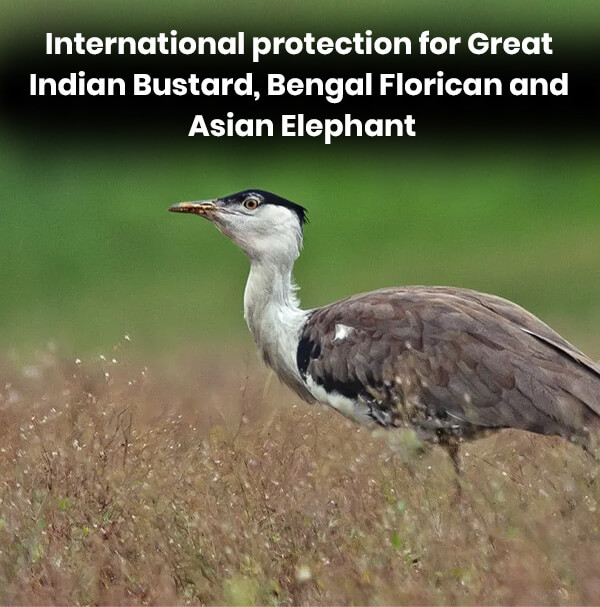 The Indian government declared the Indian elephant as a national heritage animal. The animal is now included under the highest degree of legal protection by listing it in Schedule I of the Wildlife (Protection) Act, 1972.

The Great Indian Bustard, a critically endangered and conservation dependent species, is also included in the Appendix I of CMS. This will help it in transboundary conservation efforts facilitated by International conservation bodies and existing international laws and agreement. Currently there are only 100-150 birds in the world, largely restricted to the Thar desert in Rajasthan.

The Bengal Florican an iconic, critically endangered species which has been impacted by land use changes and collissions with power lines between India and Nepal. Habitat loss and hunting have also reduced numbers.

Home Minister Amit Shah presided over celebrations for Arunachal Pradesh’s statehood day. On the occasion, he inaugurated many projects across the state, including a new police headquarters, Arunachal Pradesh Industrial and Investment Policy 2020; new apartments for MLAs and residential complexes and a host of others. 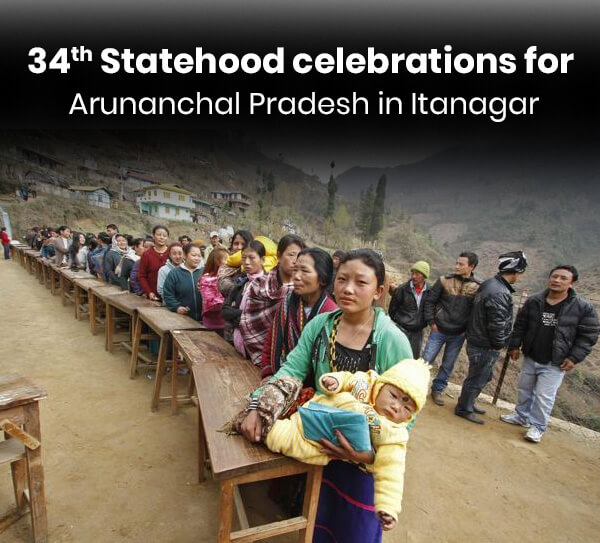 The UPSC has declared results for the written part of the Engineering Services (Preliminary) Examination, 2020. They have released a list of roll numbers for these qualifying candidates in many publications, including the UPSC website: https://upsc.gov.in. 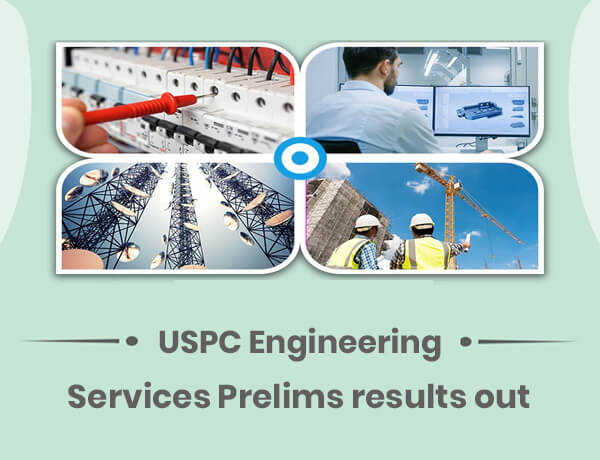 These candidates now need to clear eligibility conditions to be recruited further. They also need to appear for the Engineering Services (Main) Examination, 2020 on June 28. They can download their admit cards from the UPSC website.