1. No minority in Bengal will lose citizenship because of CAA: Shah

Home minister Amit shah has launched a campaign against the Mamta Banerjee led Trinamul Congress in West Bengal and named it as 'aar noye anyay' which means no more tolerance for injustice. 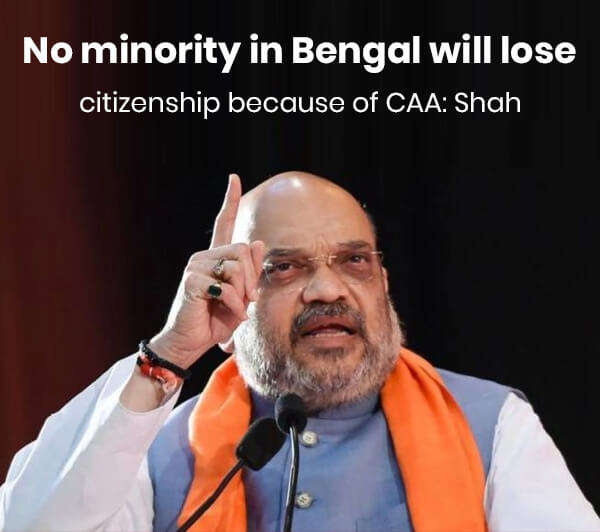 He also made it clear in his speech at the said campaign that no Indian Muslims will lose their citizenship in India because of CAA.

The state wing of the BJP seems to be ready to use this opposition as part of their election strategy in the state. They said that their new campaign ready for the occasion, ‘Aar Noye Anyay’, also accused the current government of pushing lawlessness, corruption and nepotism in the state.

Shah also said the main agenda of the campaign was to bring muslims of the state into the confidence about the fear that is gripping the the country around the CAA. He labelled this as a fear that the minority may lose their citizenship because of certain sections in it.

Amit shah reaffirmed that none of the Indian Muslims will lose their citizenship because of the new act that is sooner going to be implemented after the framing of its rule. In fact it is going to give citizenship to the minorities of Pakistan, Afghanistan and Bangladesh who have been staying in the country as refugees for years. West Bengal will have assembly elections in 2021 where BJP is hopeful of gaining the maximum votes and forming the government. In general elections that were contested in 2019, BJP has won 18 seats of the lok sabha out of the total 42 seats.

With 87000 infected people and 3000 dead, the COVID-19 outbreak has reached a significant milestone. Apart from China, the virus has had the most significant impact on italy, which stands at number 2 in terms of infected cases. 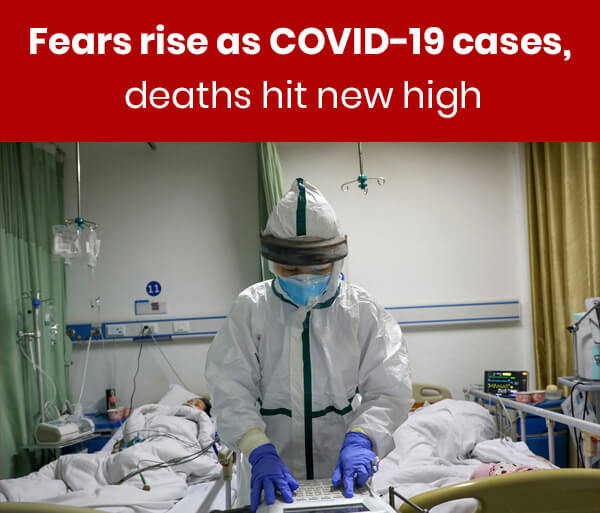 More than 60 countries have been hit with this infectious COVID-19. Italy has reported 1,576 cases of infection in the last 24 hrs alone which is at least 40% increase in the cases.The total death toll in Italy with the Coronavirus has reached to 34 now with the cases of 5 more people dying in 24 hrs.

China , the country of origin of COVID-19 where it started in December 2019 has also seen an increase in cases in the past 24 hrs reaching to the number to 573.Most of the cases though have come from Hubei and Wuhan which is the capital of Hubei province. While South Korea also has lost 20 people to the virus with about the reports of 3,736 cases. South korea stands in par with Italy in the cases of Coronavirus.while in Iran, the number of those who died with the virus has reached 54 as suddenly the cases jumped to its more than half.

Mahathir Mohammed, the former Prime Minister of Malaysia called an emergency sitting of Malaysia's parliament to contest the appointment as a prime minister under Malay- majority coalition.This can divide the nation more after the collapse of Mr. Mahathir's reformist alliance. 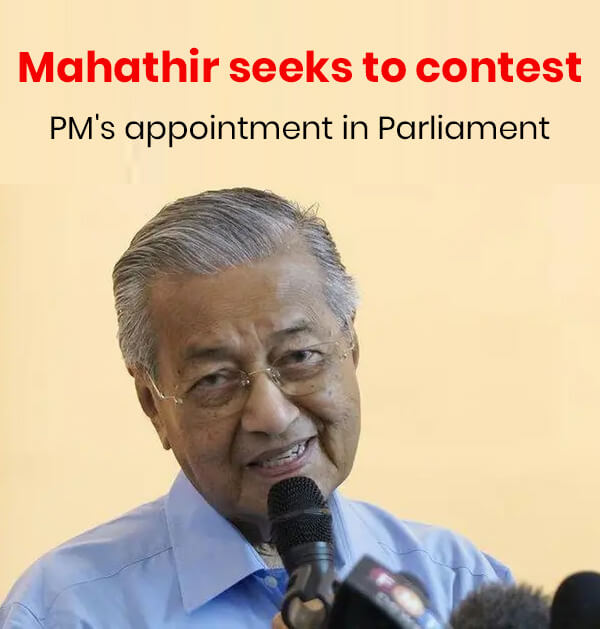 Recently, Muhyiddin Yasin, was sworn in as the new PM of Malaysia by the king at his palace as he got the support from different opposition leaders.He claimed to be Malay first and Malaysian second. Those who supported the new PM included the UMNO(United Malay National organization) which was thrown by Mahathir's alliance of hope in the historic win of his elections in the year 2018.

72 year old Mr. Muhyiddin has taken its Bersatu party out of the alliance on 2nd March which is going to trigger its collapse.

Mr. Mahathir however had resigned in regard to the protest that had a plan to bring UNMO back in the power.Now after a week of ups and downs,the king named Muhyiddin as a new PM claiming he has the support of maximum lawmakers. Back on Mahathir's side, the camp is claiming that he has more no. Of supporters with 114 lawmakers supporting him while 112 votes are needed to have a majority. If this happens,then 94 year old Mahathir will serve the 3rd tenure as PM.

Diplomatic and security experts who have scrutinised the recent agreements and deals around Pak-Afghanistan relations, say these can cut out India’s interests in the region.

New Delhi has signalled its acceptance of the U.S.-Taliban and U.S.-Afghanistan peace agreements, which in turn, aim to end 18-year-old war in the region. These two agreements have set up a timeline to do so over the next 14 months.

Doha and Kabul aim to end the 18-year war in Afghanistan, by sending envoys to witness them.

The two agreements set out a course for the next 14 months, including the pull-out of U.S. troops, the denial of space to foreign terrorist groups and any violence against the U.S. and allies, and intra-Afghan dialogue.

Nearly 20 to 70 percent of water supply in hill station towns in Nepal, Bangladesh, Nepal, India and Pakistan is deficient, as per the latest report of the of the journal Water Policy . For this exercise, the researchers identified 13 towns.

In their research, the surveyors found the towns suffering due to unplanned urbanisation and climate change. These cities are dependent on springs for their water. “Communities were coping through short-term strategies such as groundwater extraction, which is proving to be unsustainable. A holistic water management approach that includes springshed management and planned adaptation is therefore paramount,” Dr. Anjal Prakash of the Indian School of Business, Hyderabad, India, said in a statement.

The local water sources are also being encroached and degraded, leading to a decline in traditional water systems. Right now only 3% of total Hindu Kush Himalayan population lives in larger cities and 8% in small towns, but projections show that over 50% of the population will move to the cities by 2050.