Khyal  has a special place in In­dian music. The word "kheyal" in Urdu means "idea" or "imagination". This term is indicative of its highly improvisational nature. It is gen­erally an abs­tract and comp­lete pres­entation of the rag; It is prob­ably the most improvised of the In­dian styles. , khayal demands strict adherence to the musical grammar of the chosen raag (melodic structure).

Its origins are something of a controversy among music scholars, but many attribute its roots to the 14th century song form known as qawwli  a devotional genre of the Sufis (Islamic mystics) of North India. In simplistic terms, many sources have cited khayal as a more ‘romantic’ song-form than Dhrupad and, by the middle of the 19th century, khayal had all but eclipsed Dhrupad as the preferred vocal style for royal courts as well as other performance gatherings of musicians. Khayal is normally based on song-texts called bandish (compositions), which can be as short as four lines - but the opportunities for musical improvisation are so numerous and varied that a competent performer can easily stretch two or four lines of verse to last through a performance of over an hour. The language is usually an older form of Hindi known as Braj Bhasha but it can also be old Punjabi with lyrical themes varying from eulogies of gods or kings to descriptions of nature and everyday life, touching upon human as well as divine love.

As the song text is minimal and the stress is on musical technique, words do not have to be as clearly enunciated as in other vocal genres. Singers may also resort to sounds other than the words of the song-text, either open-ended syllables to elongate melodic passages known as taans, or the actual names of the relevant musical notes: Sa, Re, Ga, Ma, Pa, Dha, Ni, Sa.

A khayal recital begins with a vilambit (slow tempo) introduction called bada khayal (big, long) which forms the bulk of the performance, followed by a madhya (medium-speed) section and ending in chhota (small, brief) khayal which is in a faster tempo, known as drut and which usually features a different text composition. But while this faster section is usually in a different tala (rhythm cycle), it must still be in the same raag as the slower, opening section. . Khyal sings in along with harmonium tanpura (to maintain peach ) and tabla Vilambit (slow) beat   tintal,ektal, tilwada  jhumrazaptal,rupak tal and fast beat tintal, ektal,ada-chautal. 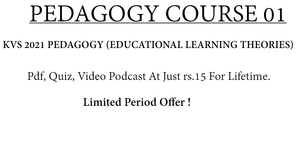 IPU CET B.Com (Hons) 2020 is one of the most popular entrance exams for students conducted by Guru Gobind Singh Indraprastha University (GGSIPU), know

The University Grants Commission conducts the National Eligibility test twice a year. This exam is conducted on a national level and witnesses lakhs o