Use of Drones- Good or Bad?

A drone or a UAV (unmanned aerial vehicle) refers to a pilotless, mini or large aircraft that operates through the combination of various technologies. These technologies include computer vision, artificial intelligence, GPS, collision and other sensors. Drones can be operated by a controller or through automated mode throughout the land and the seas.

This great technology has its positive and negative sides. Let us see both in detail, and apart from that we’ll also see the uses of drones in the military, and will look at the possible future of drones.

We have seen drones around for photography and videography. These are just two, out of many fascinating uses of drones. Let’s dive into how drones are being employed today.

This is one of the major purposes drones are used for. A drone is equipped with high-resolution cameras and premium sensors which enables it to take excellent aerial photographs and videos.

Drones have the capacity to acquire a large amount of data. This data is transformed into 3D Maps and Models to give a complete analysis. 3D modeling helps in the inspection of hazardous areas.

Drones give a great aerial perspective with uncompromised quality. Live streaming of events is largely covered with the help of drones today.

Minimisation of the dangers and risks

Drones can reach places where humans cannot or should not reach. Whenever the inspection of tall and complex structures is needed, drones are put to use. These places are dangerous for humans to reach out.

High quality, real-time inspection has only been possible due to the drones. Oil and gas refineries, pipelines, high wind, and radioactive environment pose extreme health hazards. Therefore the use of drones becomes not a choice, rather a necessity.

The drones can get very close to the tall and complex structures which are to be inspected. Hence, these are a great tool to obtain minute details of the damages, cracks and defects of the structures. Undoubtedly humans cannot obtain such comprehensive and detailed data which a drone could get.

Earlier the UAVs were used only by military, administration and elite authorities because of the affordability. This is not the case today, as these have become more economical for the common people, and now they can be acquired privately for any purpose. Tech-savvy people are increasingly drawn to this technology.

Drones are cost-effective because they can perform inspections the same as aeroplanes. And besides, they use lesser fuel as compared to the aeroplanes.

Since drones use the GPS system, they can be navigated accurately to the targeted locations. This accuracy of navigation is greatly helpful in precision farming, where farmers can spray pesticides, identify weeds, monitor crop health, perform soil analysis at the desired location on their farms.

You might have seen YouTubers happily distancing away the drones from themselves when they shoot their videos. Their happiness owes to the easier controllability of these devices. Anybody can use and guide the drones wherever they want.

Hands down, this is the best use of drones. Safety is the priority of any individual or organization. With real-time and high-quality monitoring of vulnerable areas (and remote locations), safety can be ensured. Drones are used for surveillance by authorities and individuals on a large scale.

Some Serious Disadvantages of Drones

1. Time and again, drones compromise the security of other groups or individuals. Drones often violate privacy in the name of safety and security.

3. Sometimes inexperience can compromise the safety of others, especially in highly populated areas. Drones are susceptible to crashing. UAVs fitted with high-quality sensors and highly skilled drone operators should be preferred to avoid safety hazards.

4. Software Malfunction is one of the bad things about drones. So often drones have fired on commoners which has led to numerous casualties and injuries. Drone mishaps due to the malfunction of software is a common phenomenon in the military. This aspect should not be neglected but addressed carefully.

5. Drones are vulnerable in the wild. When exposed to the wild and natural environment, drones are easy to catch animals’ attention, hence they are attacked by wild animals frequently. Moreover, they can crash into trees, bushes, irregular terrain etc. Big birds pose a sure-shot threat to these.

6. Drones are vulnerable to get hacked. Hackers can acquire private information, data and damage the stored files as well.

7. Spying is a common phenomenon that is often overlooked by most people. Many offenders spy on their victims without the latter’s knowledge. Many drones come with thermal and night sensors which can target individuals at unsuspected times as well. Spying is a real cause of concern and one of the biggest problems with drones today.

Role of Drones in changing the surveillance and warfare methods

Drones are highly flexible technology that can be molded into having different applications. It depends on the intention and motivation of the user.

In the military, drones and UAVs are being used far before they were introduced with the public. Military specialists believe drones to be the future of warfare. There is a certain role of drones in changing the surveillance and warfare methods.

Micro and Nano Drones- Micro and Nano Drones which are 1-4 inch in size have been used by British soldiers in Afghanistan. Named as the Black Hornet, these drones had a flight capacity of 25 minutes and could synchronize data in the range of up to 1.6 miles.

Small Tactical Drones- These drones termed as FULMAR, can have a flying capacity of up to 12 hours and in the range of 90 Kms. The technology by which it is enhanced is abbreviated with 5 lettered ISTAR. ISTAR stands for Intelligence, Surveillance, Target Acquisition and Reconnaissance. These are military capabilities which gather and deliver information to the military authorities, to help them in decision making.

Medium-sized Reconnaissance Drones- Majority of drones fall in this category. These drones are used for ISTAR ( Intelligence, Surveillance, Target Acquisition and Reconnaissance ) purposes. Weighing a ton, these have a wingspan of 16 metres, a flight time of 52 hours and flight altitude range of 35,000 feet.

Large Combat and Surveillance Drones- This category of drones are used by the US military pilots, and is linked directly with the satellite. The Predator and the Reaper are armed with air-to-surface missiles, laser-guided bombs which can target up to 1000 miles.

Other than obvious military operations (which are controversial as well), these drones are capable of high tech surveillance.

Drones have opened a new chapter in the history of warfare. Now and again drones have often been the subject of controversies. Many critics argue why military drones are bad.

Most of these strikes were alleged “terror strikes”, but they have often led to the death of ordinary citizens. This unjustified interference into peoples’ lives and the needless casualties are subjects of deep concern. The voices of military critics are legitimate when they raise these issues.

Drones in the military increase the chance of war, as they make the selfish industrialists believe that war is cheap and pose a lower risk to the manforce.

Therefore, in the name of security and national defence, these instruments of advanced technology must not take away the precious lives of others.

Drones are a new technology, and there is a lot of scope for innovations in its forms and uses. Goldman Sachs, a top Investment management company, has predicted the industry to reach $100 billion by 2020. Let’s see some possible future uses of drones.

UAVs or drones have changed the way we see the world. From military innovation to an exciting hobby, to a technology that carries great commercial potential, the uses of drones are indispensable and opportunities are limitless. Though numerous advantages of drones are benefitting us, the problems and threats they pose must be addressed simultaneously, so as to make it as one of the most desirable technologies of the 21st century. 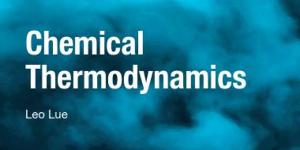 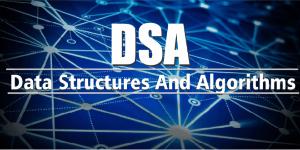 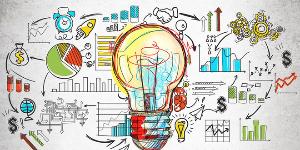 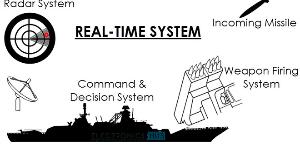 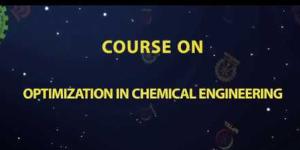 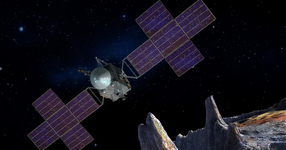