India and the Atom Bomb - Study24x7

Nuclear weapons include missiles and bombs which are used to cause explosions. These nuclear weapons create disharmony among various countries. Countries are compelled to use such powers when no option is left, but to fight.

Every country has its own nuclear weapons which they use during the war. Nuclear weapons were first used in World War I. In 1945, there was a lot of destruction in Hiroshima and Nagasaki when nuclear bombs were undertaken to make explosions in Japan.

The after-effects of the war were quite dreadful. Children were born with diseases and disabled organs. Nuclear weapons can cause complete destruction. So, these weapons must be used when no other option is left. Initially, every country must try to inculcate humanity and harmony among them.

In addition to the information regarding nuclear weapons, let us first look at the nuclear bomb country ranking. There are nine countries in the world that have the maximum number of nuclear weapons.

The above – mentioned list is in ascending order. As you can see, Russia has the highest number of nuclear weapons followed by the United States so on and so forth. The Indian Nuclear Weapon list is also included above. India has around 130 to 140 nuclear weapons which is quite a large number.

Apart from having these nuclear weapons, it is important to test the bombs and missiles so that no problem arises when the country has to use them. The first nuclear test in India was held on 18th May 1974. This test was partially successful and people called it a ‘peaceful nuclear explosion’. After the partially successful test, the scientists conducted five more nuclear tests i.e. three tests were conducted on 11th May 1998 and the other two were conducted on 13th May 1998 under the supervision of Indira Gandhi.

Now, let us come to the current information. You might be wondering, how many nuclear bombs are in India 2020? Well, there are a total of 150 nuclear weapons in India. There are no deployed warheads. India has 150 nuclear missiles and bombs which is somewhat equal to the nuclear warheads of Pakistan. On the other hand, China has increased its nuclear weapons to 290 – 300.

Now, a Hydrogen bomb is a deadly bomb that has not been put to use by India or any other country till now. Hydrogen Bombs have the power to destroy and wipe out the country entirely from the globe. People often wonder; does India have Hydrogen Bombs? According to the Stockholm International Peace Research Institute, India has around 90 to 110 hydrogen bombs. On the other hand, Pakistan has 120 hydrogen bombs in the present scenario. It is a powerful atomic bomb. Therefore, these bombs are just kept for the safe–side but are not used by the nations.

India has 150 warheads currently while China and Pakistan have 320 and 160 nuclear weapons respectively. But that doesn’t mean India in any way is weaker in comparison to Pakistan or China. Last year, there were 130 nuclear weapons in India while Pakistan had 150 nuclear heads. Both the nations have increased their nuclear power.

However, Pakistan does not provide information regarding its powers. They are increasing the number of such weapons slowly and steadily. India is also making new nuclear weapons thereby, increasing the count. But no matter whatever is the count of these weapons, India is much stronger in conventional armed forces as compared to Pakistan.

According to some sources, if the nuclear bombs are put to use, more than 50 million people will die. Countries will not be able to defend themselves from nuclear powers but they can take preventive measures by making new weapons.

According to the nuclear bomb country ranking, India is at the seventh position in terms of nuclear warheads. The nations try to inculcate harmony among them but in the worst-case scenario, these nuclear weapons are put to use. In the present state, China, India and Pakistan are on the verge of war thereby, leading to political instabilities. Thus, each country has its own nuclear power which is undertaken when the war is about to come. 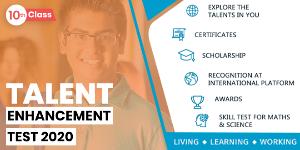 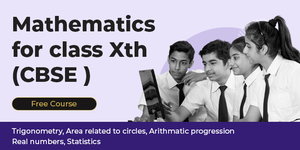 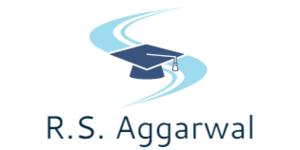 Patriotism is defined as the feeling of love, attachment to their country or motherland. This attachment can be with anything like culture, tradition,

The secondary sections i.e. classes 6th – 10th are the classes where students explore their interests, develop new ideas and try to choose a career in

The Central Board of Secondary Education (CBSE) conducts various entrance and board examinations for classes 10th and 12th. The entrance examinations 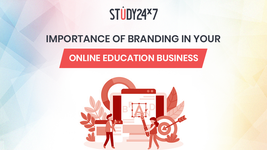