Role of Women in Society today

What comes to your mind when you think about women? A woman is nature and a nurturer both. A woman plays the role of a mother, a sister etc. Over some time, the place of women has changed within society. The role of women in society is constantly changing. Women apart from playing domestic roles are growing and are playing an important role in the economic growth of the nation.

Women are homemakers, caretakers, farmers, educators and successful entrepreneurs. Women are more stable than before which leads to long–term development of the nation. Women as homemakers play an important role in decision–making for the family in terms of meals, diet, exercises and almost everything.

Women as educators make society literate. According to some reports, education has helped in increasing agricultural productivity. Women being teachers have resulted in enhancing the status of girls in society, helps in reducing population growth and raise the standard of living of people.

The women workforce accounts for 45.4% globally. Women in rural India are small entrepreneurs thereby making the society autonomous. Despite many obstacles in their way, women have managed to be successful in being independent.

Women volunteering for the global cause help in generating awareness among the nations about the topic that need dire attention. Women too help the family in adjusting to realities and challenges. Women play different roles in society. The position of women in society varies due to the roles they play. Let us understand this further with the help of some key points.

How has women’s role in society changed?

People often wonder about that. Women are now getting in power in rural areas. They are small entrepreneurs who are independent in their own concerns. Education too has played an important role in making women independent and confident. Women are no longer dependent on men for their lives.

In the corporate sector too, the business laws have been restructured that allow more women at the workplace. The companies have made changes in various departments too so that women can work in a safe and comfortable environment.

Women can now raise their voice for the things and the acts that they think are immoral. Families are no more male-dominated. We have seen many instances where a woman has stood up against domestic violence and mental torcher related to dowry. Even in the workplace, women are seen fighting against sexual abuse and equality. Thus, the society is no more male-dominated.

Women are no more child-bearers i.e. the women bear less number of children than they used to. Now, families have one or two kids. Women get to decide when and at what age they want children.

This is the women’s role in society past and present. In the past women suffered for various reasons and they did not speak if any heinous act was committed with them. But now they can raise their voice against the immoral acts committed in the workplace, family or educational institution.

Women’s contribution to the development of society can be seen through the roles that they play. Women are caretakers, farmers, educators and much more. According to a survey report of 2004, women as educators play an important role in making society literate that further leads to an efficient workforce in the future. The contribution of women has been listed above in the article.

Society too is accepting women in a changing role. From being in the kitchen as home keepers and caretakers, women have come a long way in being more successful than men. Women have proved that they can handle both personal and public affairs efficiently i.e. they can multi-task.

The role of women in modern society is vivid and wide. They are not subjected to one profession. They are learning and growing at a rapid rate. Educated women will automatically help in stabilizing the economy of the country. Thus, the growth of a woman is equal to the growth of the nation.

The Present System of Examinations in India 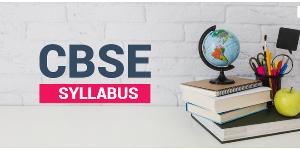 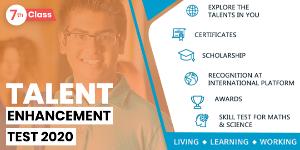 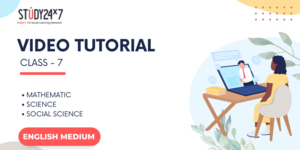 As you know that classes 6th – 10th are very important in the sense that students can start preparing for various entrance exams at this stage. If you

How to differentiate between CCE and Board Exam

The Continuous and Comprehensive Evaluation System (CCE) was started by CBSE (Central Board of Secondary Education) to assess student’s development. T

Science is considered as one of the difficult subjects including both theory and practical application. Students of Class 7th learn to make working mo

Change in life after class 10

The Central Board of Secondary Education (CBSE) conducts board exams for class 10th and 12th along with various entrance examinations like AIEEE, AIPM 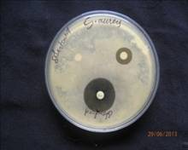 STUDY SKILLS THAT A STUDENT MUST POSSESS

Students often wonder, how can they excel in their academics or how they improve in a subject. While trying to find the answer to these q

Class 8th is considered as a critical class wherein the students learn and research about various new things. Students come across their interests and

In Physics, Reflection of Light is an important chapter where students learn how the light waves travel from one medium to another. Reflection is basi