What is a Mangrove Forest?

Mangroves are a group oftrees and shrubsthat live in thecoastal intertidal zone, rooted in salty sediments, often underwater. Like seagrasses, mangroves are flowering plants, but unlike seagrasses, most of the plant lives above water. The upper trunk and all of the branches and leaves of a mangrove tree live completely above the water line, while the lower trunk and the very large system of above ground roots (called prop roots) are often covered by seawater.

There are about 80 different species of mangrove trees. All of these trees grow in areas with low-oxygen soil, where slow-moving waters allow fine sediments to accumulate. Mangrove forests only grow at tropical and subtropical latitudes near the equator because they cannot withstand freezing temperatures. 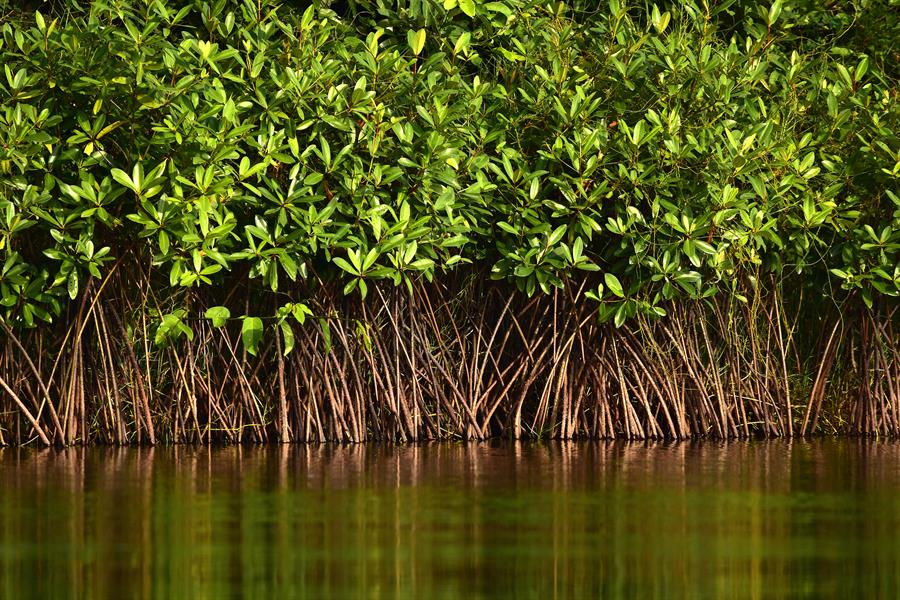 Many mangrove forests can be recognized by their dense tangle of prop roots that make the trees appear to be standing on stilts above the water. This tangle of roots allows the trees to handle the daily rise and fall of tides, which means that most mangroves get flooded at least twice per day. The roots also slow the movement of tidal waters, causing sediments to settle out of the water and build up the muddy bottom.

Like reef-building corals, mangroves are ecosystem engineers – they form their own ecosystem and provide habitat for several other species. Mangroves’ root systems trap huge amounts of soft sediments, and in some areas where dense mangrove forests become established, they can be responsible for creating entire islands. Importantly, networks of these sediment-trapping forests buffer the coastline against wave-induced erosion and provide coastal ecosystems and coastal communities a vital line of defense against strong, tropical storms. Mangrove forests also provide important nursery habitat for many species of fishes and invertebrates, including those that are commercially important fisheries species, which later move to coral reefs and other ecosystems as they mature. Without the protection that mangrove forests provide the juveniles of these species, their adult populations and the fishers who rely on their capture suffer. Furthermore, mangrove forests are a primary habitat for mature individuals of many species of seabirds and waterfowl and some terrestrial animals as well. 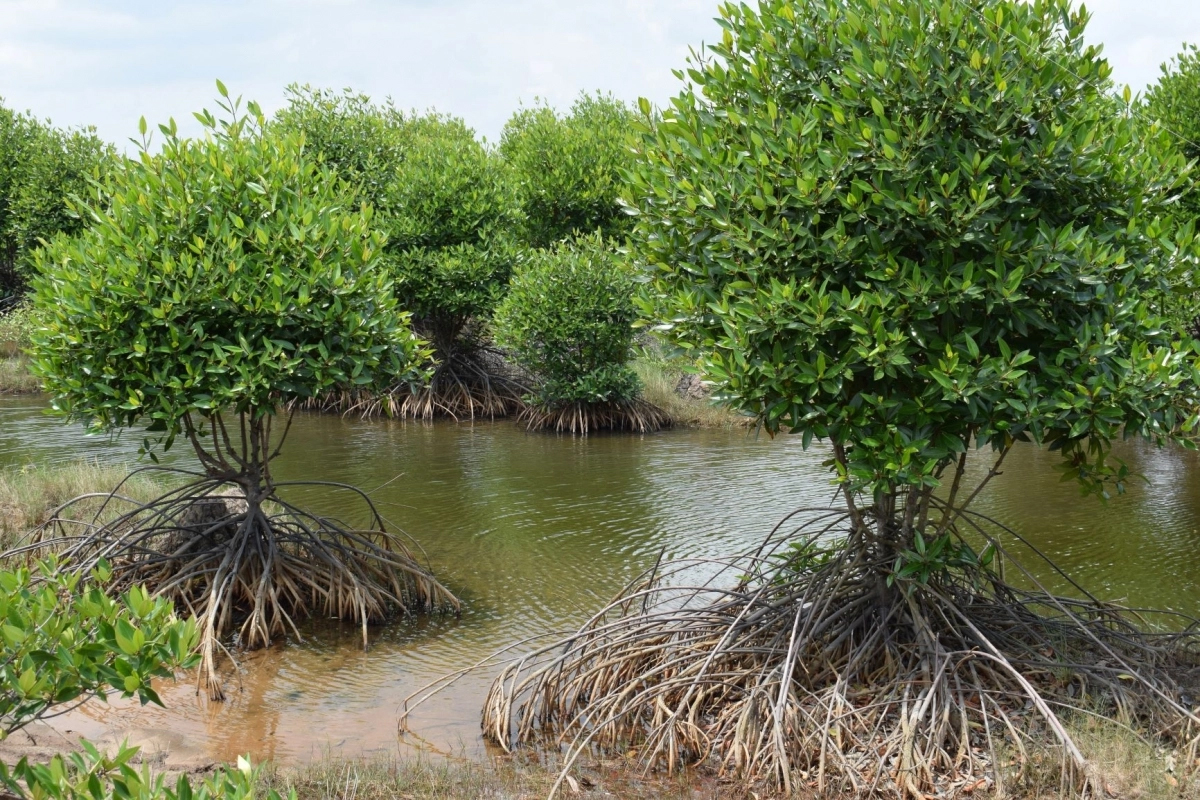 Why We Need to Protect Mangrove Forests?

Mangrove forests were once generally dismissed as swampy wastelands. Planners, scientists, and coastal dwellers have now come to value them as the remarkably diverse and important ecosystems they are. Mangroves, seagrass beds, and coral reefs work as a single system that keeps coastal zones healthy. Mangroves provide essential habitat for thousands of species. They also stabilize shorelines, preventing erosion and protecting the land — and the people who live there — from waves and storms. 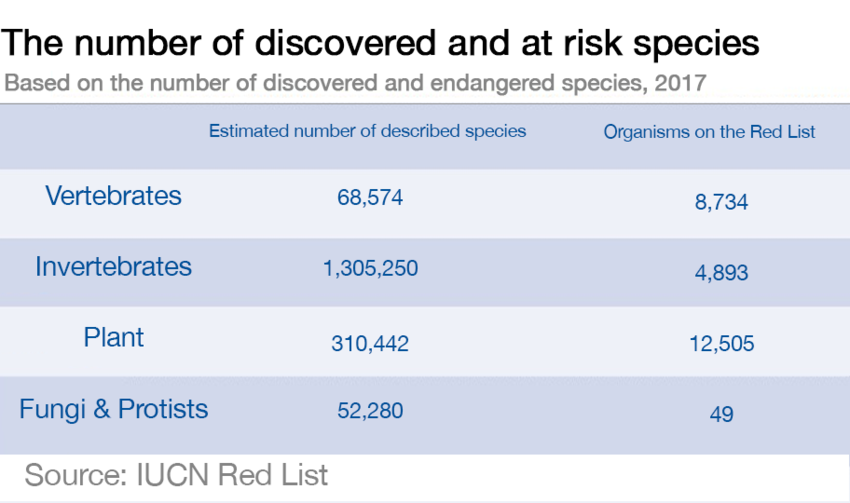 Keystone of a coastal ecosystem

Mangroves, seagrass beds, and coral reefs are often found together and work in concert. The trees trap sediment and pollutants that would otherwise flow out to sea. Seagrass beds provide a further barrier to silt and mud that could smother the reefs. In return, the reefs protect the seagrass beds and mangroves from strong ocean waves. Without mangroves, this incredibly productive ecosystem would collapse. 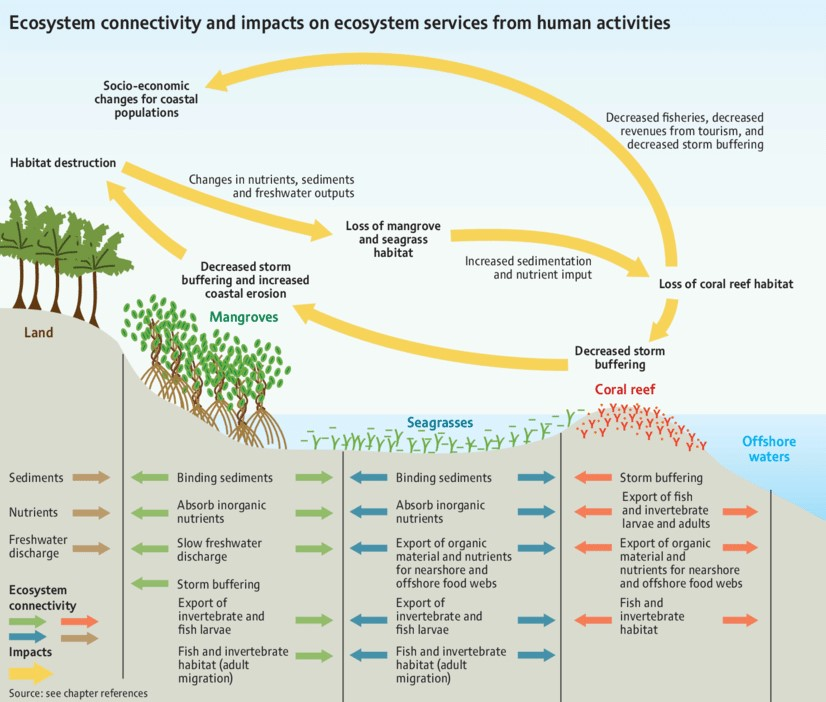 Mangroves provide ideal breeding grounds for much of the world's fish, shrimp, crabs, and other shellfish. Many fish species, such as barracuda, tarpon, and snook, find shelter among the mangrove roots as juveniles, head out to forage in the seagrass beds as they grow, and move into the open ocean as adults. An estimated 75 percent of commercially caught fish spend some time in the mangroves or depend on food webs that can be traced back to these coastal forests. 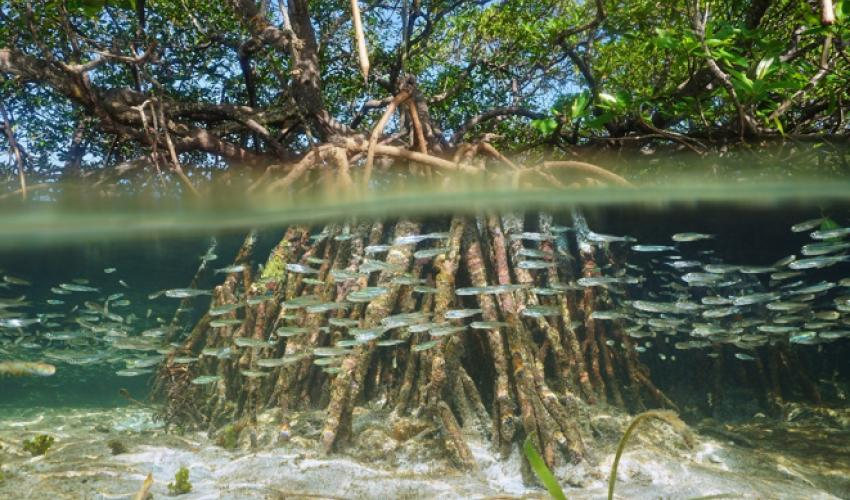 Home to many species

Mangrove forests provide habitat for thousands of species at all levels of marine and forest food webs, from bacteria to barnacles to Bengal tigers. The trees shelter insect species, attracting birds which also take cover in the dense branches. These coastal forests are prime nesting and resting sites for hundreds of shorebirds and migratory bird species, including kingfishers, herons, and egrets. Crab-eating macaque monkeys, fishing cats, and giant monitor lizards hunt among the mangroves, along with endangered species such as olive Ridley turtles, white breasted sea eagles, tree climbing fish, proboscis monkeys, and dugongs. And the soft soil beneath mangrove roots enables burrowing species such as snails and clams to lie in wait. Other species, such as crabs and shrimp, forage in the fertile mud. 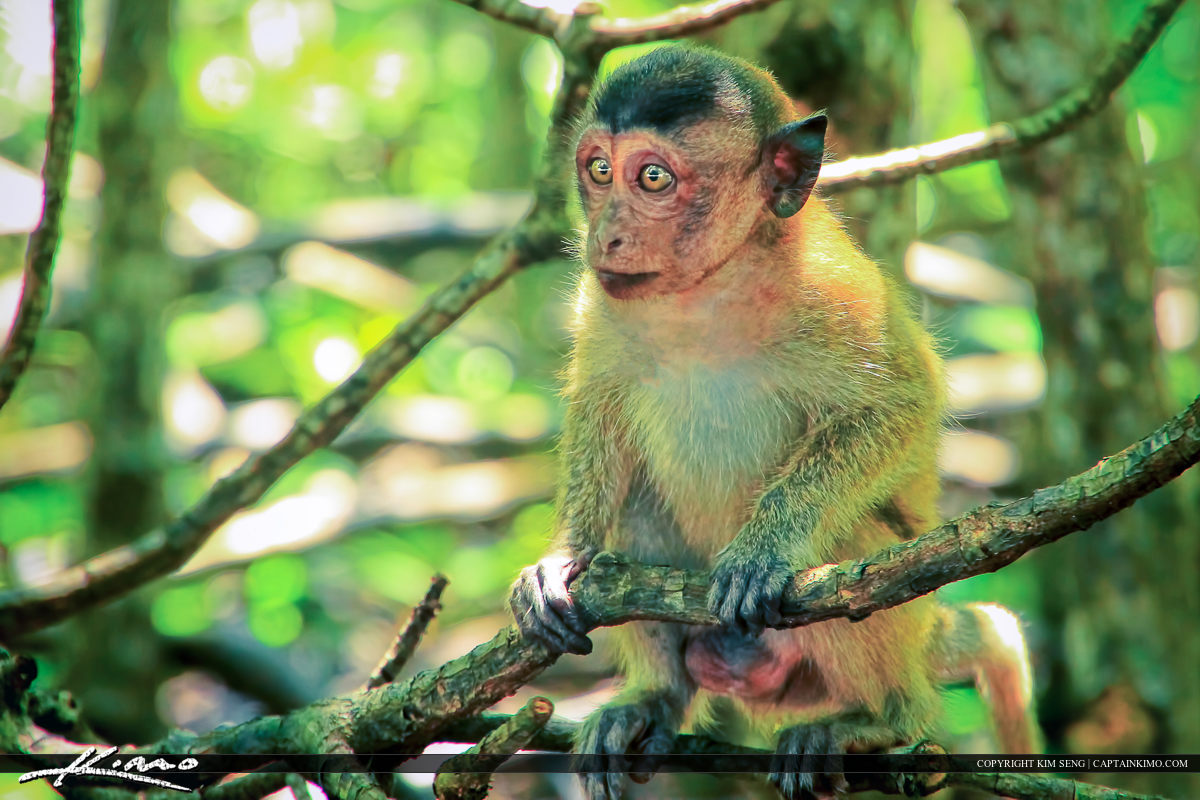 Food for the multitudes

The tons of leaves that fall from each acre of mangrove forest every year are the basis of an incredibly productive food web. As the leaves decay, they provide nutrients for invertebrates and algae. These in turn feed many small organisms, such as birds, sponges, worms, anemones, jellyfish, shrimp, and young fishes. Tides also circulate nutrients among mudflats, estuaries, and coral reefs, thus feeding species like oysters that rest on the seabed.

Mangroves protect both the saltwater and the freshwater ecosystems they straddle. The mangroves' complex root systems filter nitrates and phosphates that rivers and streams carry to the sea. They also keep seawater from encroaching on inland waterways. 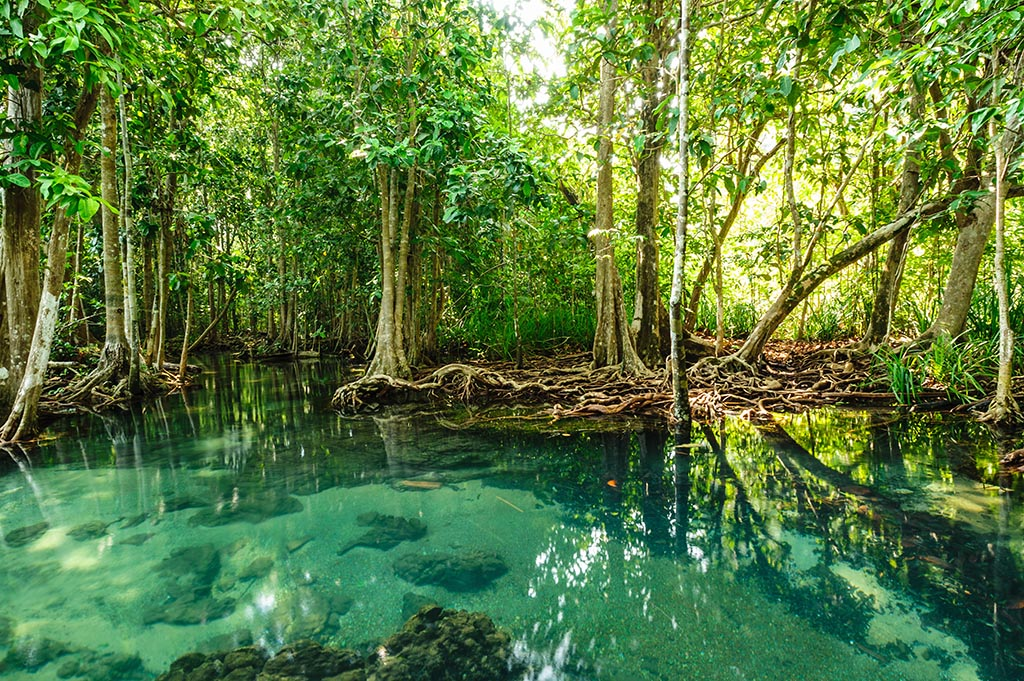 Mangrove roots collect the silt and sediment that tides carry in and rivers carry out towards the sea. By holding the soil in place, the trees stabilize shorelines against erosion. Seedlings that take root on sandbars help stabilize the sandbars over time and may eventually create small islands. 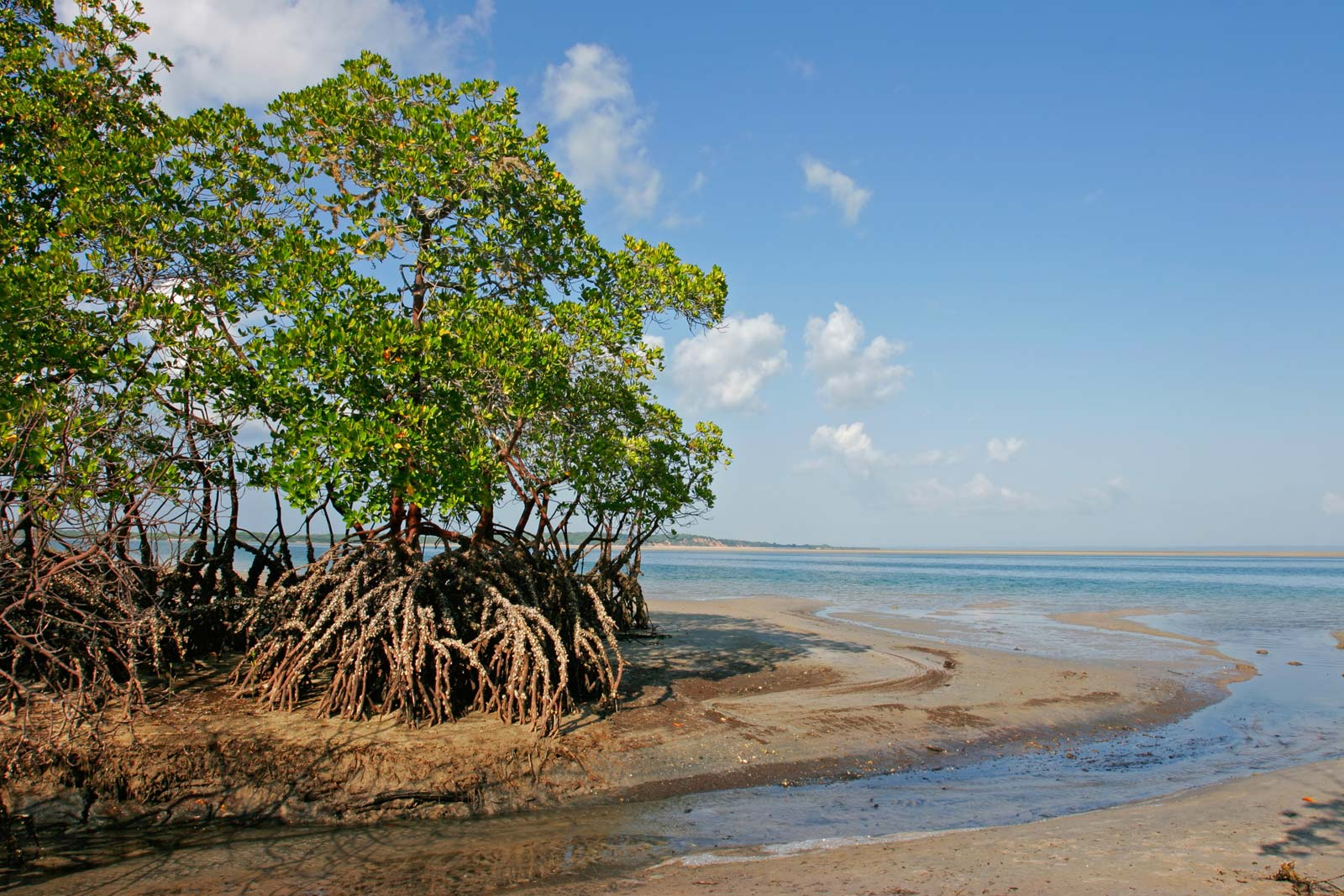 Shelter from the storm

The thickets of mangroves that buttress tidal mudflats also provide a buffer zone that protects the land from wind and wave damage. Places where mangroves have been cut down for shrimp farms are far more vulnerable to destructive cyclones and tidal waves. 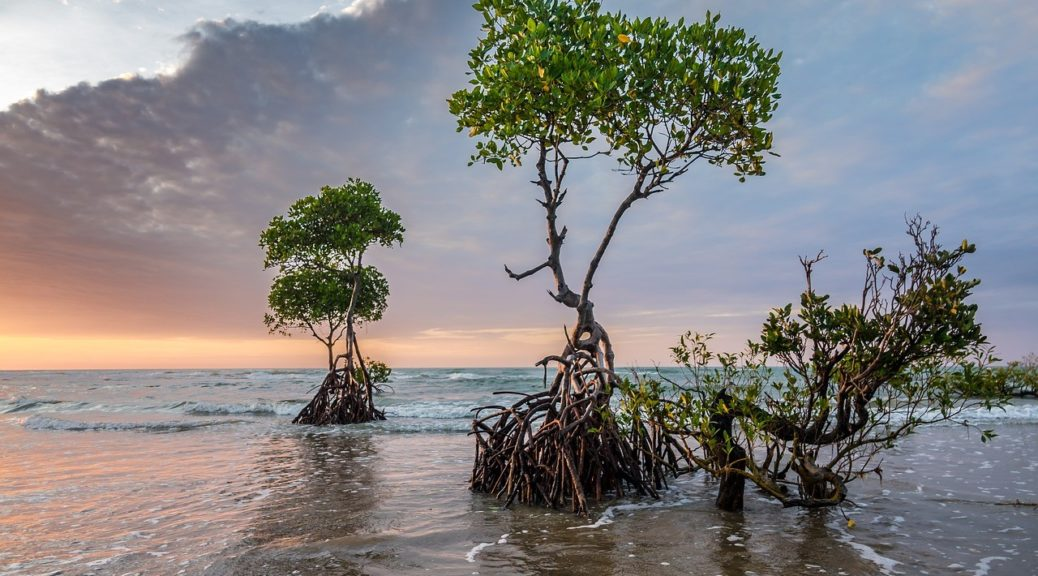 Mangrove forests provide many of the resources upon which coastal people depend for their survival and livelihood. At low tide, people can walk across the tidal flats to collect clams, shellfish, and shrimp. At high tide, fish move in to feed among the protection of mangrove roots, turning the marshy land into rich fishing grounds. The mangrove trees themselves provide fuel, medicines, tannins, and wood for building houses and boats. 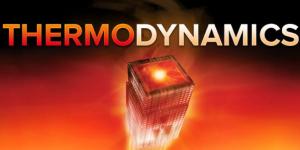 We all know that UGC NET is one of the toughest competitive exams which provide a fellowship and an honorable certificate. In order to study smartly o

#Useful terms related to covid-19 which are commonly used in media,WHO reports and other precautionary warnings. Must read for everyone. https://w

English for All Exams

Rajasthan University conducts entrance exam every year for admission to B.P.Ed. course in various affiliated colleges across the state. For which the

It is expected that the 2020 exam date for RRB Group D will be announced soon. The exam was originally scheduled to be conducted from September to Oct

What is the difference between baking powder and baking soda?

Both baking powder and baking soda are leavening (or rising) agents. They do, however, contain slightly different ingredients and serve slightly di