Effect Of Coronavirus on Defence Exams

The total number of coronavirus cases are increasing day by day. Coronavirus has infected more than 1,65,799 cases in India. After the increase in Coronavirus cases, Indian Army, Indian Navy and Indian Air Force have postponed their scheduled SSB interviews, recruitment rally and other defence exams for the defence aspirants. In this article we will discuss about the effect of coronavirus on defence exams i.e. changes in exam schedule, interviews, etc.

NDA ( National Defence Academy) is an academy of Indian Armed Forces. The UPSC (union public service commission) conducts the NDA Exam twice a year only for boys appearing or just cleared their intermediate or equivalent. NDA Exam is the all India entrance examination through which students are admitted to the Indian Army, Indian Air Force, and Indian Navy. Every year, it is conducted in the month of April and September.

The Effect of corona virus on government exam has been even witnessed by NDA. The NDA (I) Exam 2020 which was scheduled to be conducted on April 19 has been postponed until further notice by UPSC. The UPSC will announce the NDA (I) exam date on June 5. Earlier, the exam date was supposed to be released by 20 May 2020. However, UPSC on its official website has informed that the exam date for NDA (I) will be announced on June 5 after assessing the situation and NDA (II) 2020 notification will be released on June 10.

Air Force Common Admission Test (AFCAT) is conducted twice a year(in February and August) by the Indian Air Force recruiting students for the position of Officers in Flying, Technical, Administration, Logistics branch. Every year a large number of students apply and appear for this exam. The online test of AFCAT Exam (1) 2020 was conducted on February 22 and 23. AFCAT 1 application form 2020 was released on December 1. Candidates could fill and submit their application forms till December 30. AFCAT 1 result 2020 was announced on March 17. AFCAT Exam (2) 2020 dates are already been announced by the officials and the exams are already conducted on 3,4 and 5th October 2020.

The AFSB(Air Force Selection Board) Interview was postponed due to the outbreak of the COVID-19 pandemic. Post the declaration of AFCAT Exam (1) 2020 result, the examination had activated the link to check AFSB interview details and download the admit card for a while, however, the link was removed later. Due to COVID-19, AFSB Dehradun, Varanasi, Mysore, Gandhinagar have canceled their AFSB interview for all the aspirants. The link to select the AFSB Interview date is blocked. The effect of coronavirus on government exam has been witnesses by AFSB Interview.

CDS(Combined Defence Services) Examination is conducted by the Union Public Service Commission for the recruitment of Commissioned Officers in the Indian Army, Indian Navy, and Indian Air Force. The exam is held in the month of February and September. Lakhs of students appear for the national level defence entrance examination each year.

Due to the increase in the number of cases of coronavirus, the Indian Army has canceled the Service Selection Board (SSB) interviews for all its exams.

The Indian Navy is closely monitoring the outbreak of COVID-19 in the country. The interview has been suspended until further notice.

The Indian Air Force Airmen (Group X and Y) exam date has been postponed. Due to the COVID-19 pandemic causing serious disruptions and extension of lockdown till 31 May 20, fresh dates will be intimated in the first week of June 2020.

To conclude, we saw the effect of coronavirus on defence exams. However, aspirants should closely keep an eye on the official websites of these exams as they notify and release important updates from time to time. 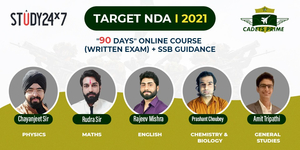 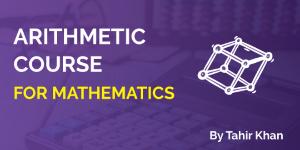 What is AFSB Interview?   Air Force Common Admission Test (AFCAT) is conducted twice a year by the Indian Air Force recruiting students for the posi

How to launch a live class on Study24x7?

Hello Guys , After scheduling a live class we have to follow these basic steps for starting a class. *How to create and schedule a live class*, i ha

The First World War paved way for the Second World War. It was primarily because of the Treaty of Versailles. The two groups the Allies were Britain,